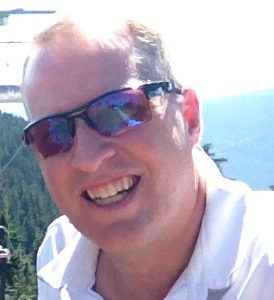 The Devil is in the details on Minimum Wage

By The WebmasterSeptember 18, 2017News
No Comments

There are far too many questions and not enough answers when it comes to the Minimum Wage question in BC.

While most everyone agrees that the minimum wage needs to be in line with the rest of the country, how can the Government of BC blindly sign off on $15 per hour by 2021?  Harry Bains, Minster of Labour and also MLA for Surrey-Newton has said on PULSE of the Fraser, that a Fair Wages Commission will be struck to do further study.  Let’s hope that it is a bonafide commission, with real answers to tough questions, not a whitewash to get to $15 per hour just to fulfill a campaign promise.

How does small business handle this increase?  We have seen in other jurisdictions, Seattle for example, that many small businesses are having to pack it in because the margins are so small within their business, that paying the extra wages has put them behind the eight ball.  Irene Lanzinger, the President of the BC Federation of Labour, also said on PULSE of the Fraser during the election campaign that if a company cannot operate within appropriate margins to accommodate an increase to $15 dollars per hour, then maybe they are in the wrong line of work.  Excuse me?

There are people that spend their lives just trying to make ends meet.  Not just employees, employers as well, who count every penny.  To have such a cavalier attitude towards employers shows that some in organized labour may be missing the point.

There are plenty of people in organized labour that do get the consequences of going too big too fast with minimum wage.  I hope that for everyone’s sake that enough due diligence is done to make the right decision, whatever it may be, and not a knee jerk decision to please a few cronies.

The right answer by 2021 may very well be $15 per hour.  But the slippery slope will be implementing it without throwing a wrench into many small businesses who have razor thin margins.

It remains to be seen if this incarnation of the NDP cares about small business.  This will be the first indicator.