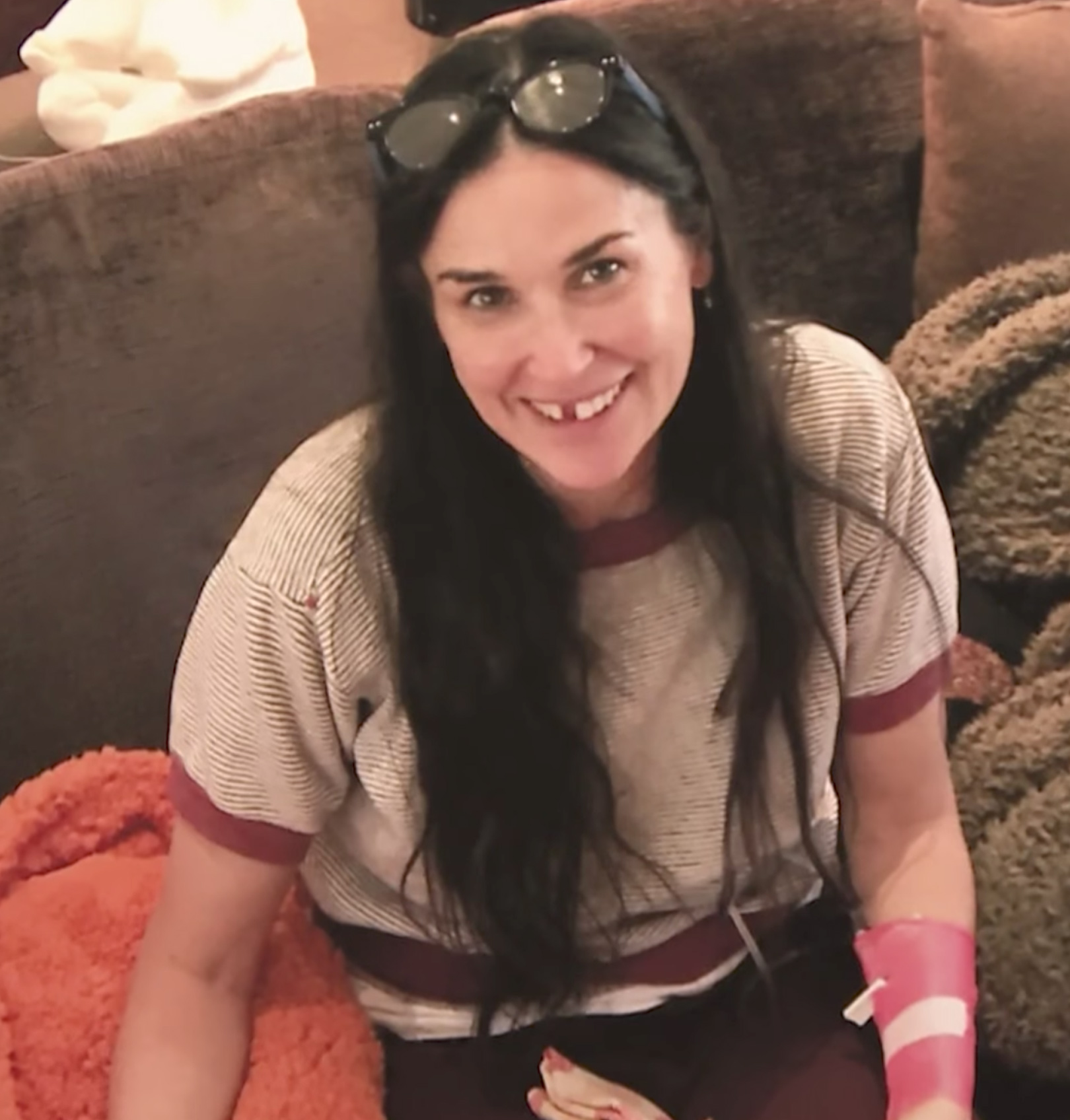 By The WebmasterJune 14, 2017June 15th, 2017General
No Comments
She could actually ask Santa for her two front teeth! Yes Demi Moore is missing them both but not that you would know it! She has some amazing fake teeth! Demi was just on The Tonight Show with Jimmy Fallon and she admitted to him that she actually sheered off her front teeth. She said “I’d love to say it was skateboarding or something really kind of cool, but I think I think it’s really something that’s important to share, because I think it’s literally, probably after heart disease, one of the biggest killers in in America, which is stress. Stress sheared off my front teeth. But, in an effort to get ready for you, I wanted to make sure my teeth were in.” She also showed a picture of herself without one of her fake teeth in and wow, changes her whole look that is for sure! She went on to thank modern dentistry. It is amazing what these dentist can do nowadays. Amazing.Ariana Grande is to become the first honorary citizen of Manchester for helping to raise millions of pounds for victims of the Manchester Arena attack. Council leaders said Ariana exemplified the “resilient and compassionate” way the city had responded to the terror atrocity that claimed 22 lives and injured 220 others last month. Honorary citizenship is the highest honour a city can give apart from the rarely awarded freedom of the city, which has only been awarded four times since 2000. She totally deserves this!

An America’s Got Talent contestant named Brandon Rogers was killed in a car crash this last Saturday in Maryland hasn’t aired yet. The 29 year-old singer is also a doctor who just finished medical school last year. The producers are in a tough spot trying to decide if they should air his episode or not, it is currently scheduled to air next month. This is a tough decision, I would ask his family what their wishes are because it could a be a legacy to Brandon or it may hurt the family. I saw a clip of him singing a Boys II Men song and he had an amazing voice, so I think ultimately they should air the episode. What do you think?