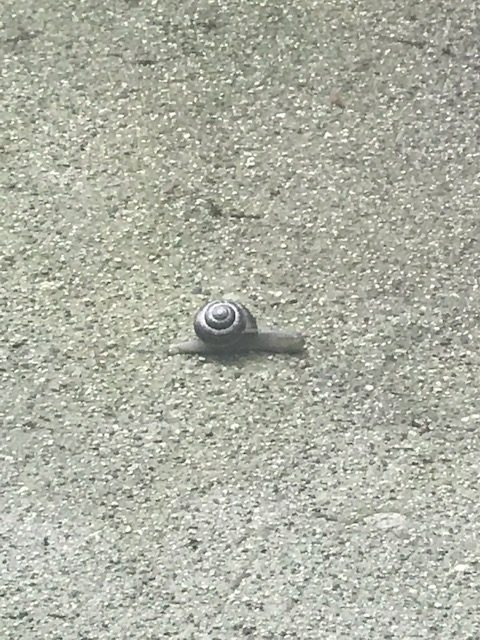 By The WebmasterMay 9, 2018News
No Comments

As I was sitting in our on air booth at the station this morning about to go live for my show, I looked out the window like I do throughout the day.  However this time as I was looking out I saw a snail, a cute little snail on the sidewalk beside our building. He was inching or rather millimetering his way along the pavement, is that a word? Probably not but that was what he was doing.

I continued to glance out every 10 minutes or so to see how far he progressed, I had no idea where he was going but I thought he should aim for the shrubbery since it’s safer there. I noticed he was actually crawling away from the shrubbery which made no sense to me but I’m not a snail, what do I know. He took a couple breaks and hid in his shell then trudged on. The next time I looked out he was turning and seemed to have a plan because by the last time I looked out he had made it to the dirt and shrubs!

However not quickly mind you, it had been about 40 minutes by the time he made it and it was only two feet away from him, but he made it! The moral of my story  goes…in life you seem to take a certain path but like the snail you can always make a left or right turn and find your paradise.