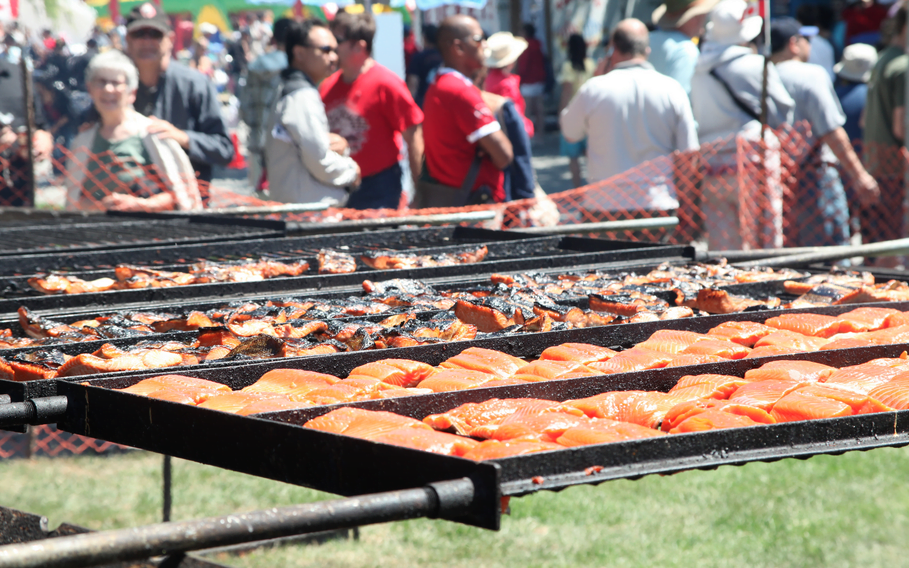 Mark your calendar for Saturday June 25 until Friday July 1st because that marks the return of this year’s 75th Annual Steveston Salmon Festival!

Richmond Mayor Malcolm Brodie said of the occasion “To mark this special occasion, the festival format has been re-imagined and expanded. This will be the most accessible Steveston Salmon Festival yet, featuring activations from a diversity of local artists, organizations, businesses and community groups.”  By popular demand, the Salmon BBQ at Home initiative is returning this year. The ready-to-cook meal kit features fresh salmon and sides for a family of four. Pre-orders are now open through Wednesday, June 15 with pick-up on Thursday, June 30 from noon to 7 p.m. Events will take place in four festival districts that stretch from Garry Point Park to the west and Britannia Shipyards National Historic Site to the east: Garry Point Zone, Steveston Village Zone, Steveston Community Centre Zone and Britannia Zone.

New and returning activities include:

They say when all is said and done that over 1000 pounds of fish will be BBQ’d at this year’s festival which sounds delicious but also possibly a little stinky. But I’m not complaining whatsoever! What better way to kick off a weekend than have it be the end of June with the return of a big week long BBQ festival? Sounds like a good time to me.
Are you going to hit up this year’s Steveston Salmon Festival?
– Jeremy
Share Tweet Share Pin