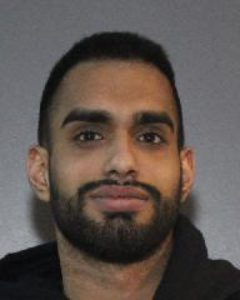 By The WebmasterMarch 22, 2018News
No Comments

Both individuals are wanted on charges of Forcible Confinement, Kidnapping, Assault Causing Bodily Harm, and Assault with a Weapon. Jasondeep Uppal is also charged with one count of Robbery.

These charges stem from a targeted incident on March 6, 2018 where the victim was allegedly confined, assaulted, and then released. The victim sustained non-life threatening injuries. This was not a random incident and no further details will be released in order to protect the integrity of this ongoing investigation.

The Surrey RCMP is interested in any information related to Pavandeep and Jasondeep Uppal’s whereabouts. Members of the public are asked not to approach them and to call 911 if they see them.