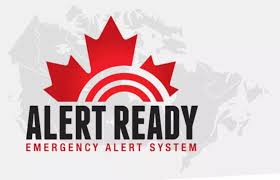 This is only a Test

By The WebmasterMay 9, 2018Community, News
No Comments

BC Emergency Alerting System Test. May 9, 2018 – Listen to Pulse FM for more.

On Wednesday, May 9 at 1:55PM, Emergency Management BC will conduct a test of the BC Emergency Alerting System. This is part of a Canada-wide system – AlertReady – that allows government officials to issue public safety alerts through major television and radio broadcasters and compatible wireless devices. This system will only be used during large-scale disasters or emergencies where loss of life is imminent and possible.

During the test, the public will hear this alert on both radio and TV, and see the following message on radio, TV and compatible wireless devices:

“This is a TEST of the British Columbia Emergency Alerting System, issued by Emergency Management British Columbia. This is ONLY a TEST. If this had been an actual emergency or threat, you would now hear instructions that would assist you to protect you and your family. For further information go to www.emergencyinfobc.gov.bc.ca This is ONLY a TEST, no action is required.”

This and subsequent testing will determine the system’s readiness for an actual emergency, as well as identify any issues prior to formal implementation in B.C. Timing of implementation will depend on the outcome of these tests.

What I Need to Know:

What is Alert Ready?

Will this replace www.emergencyinfobc.gov.bc.ca, @EmergencyInfoBC, the Provincial Emergency Notification System (PENS) or other emergency notification functions?

Will I receive an emergency alert on my phone?

Why does the alert say “Presidential Alert”?

What hazards will I be alerted to?

What should I do if I see or hear an emergency alert?

How will I know when an alert had ended?

How often will the system be tested?