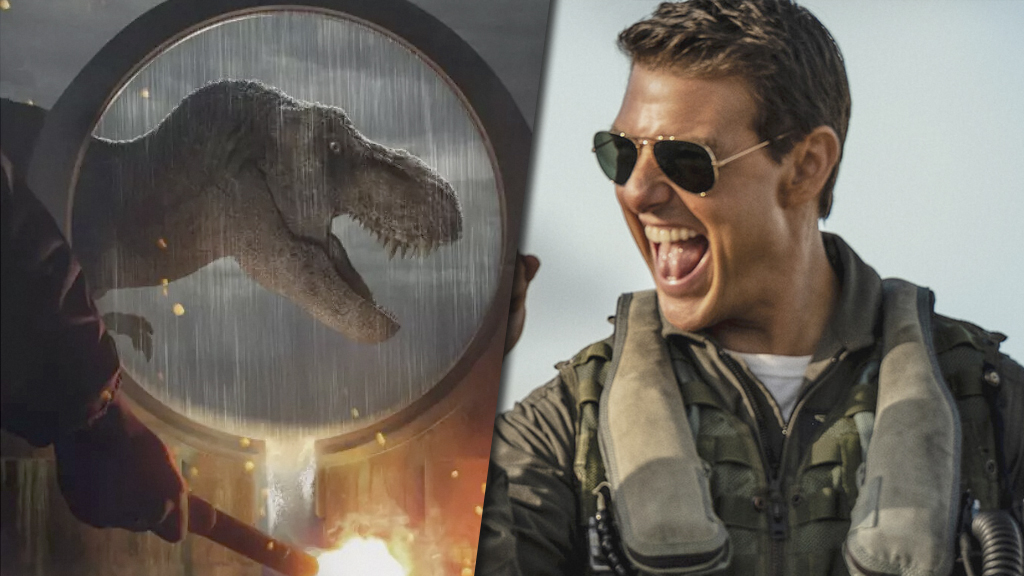 This past weekend one of the last real true movie stars Tom Cruise went toe to toe with the new Jurassic World movie in Top Gun: Mavericks third week at the box office. Jurassic World Dominion was always expected to take the top spot which it did grossing over $143 million but that’s not to say that the running man didn’t take a sizable chunk out of his dino competitor. In Top Gun: Mavericks third weekend it only dipped -44% for a third weekend of over $50 million.

It’s especially impressive because Top Gun 2 has grossed well over $700 million worldwide in just three weeks, it has a 97% Rotten Tomatoes score and an even more rare A+ cinema score which is the grade the general public gave the movie. And the final thing working against it was that it was a 36 year late sequel to a beloved classic movie. When I say working against it I mean that it had impossible shoes to fill and sequels tend to, not always, but usually don’t have the same impact as the original. But Maverick is proving all the naysayers wrong and without a doubt had an impact on Jurassic World Dominions weekend while still impressive was smaller than they had probably hoped for.

Tom Cruise may be short and a little weird but no one can say that he more or less doesn’t make good movies.

Have you seen Top Gun: Maverick yet? I’ll be seeing it again for sure, buying the Blu-Ray when it comes out and at this point probably signing up for the Air Force.