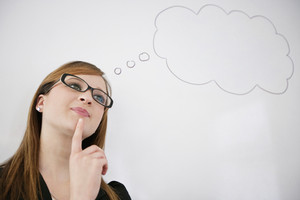 What is your earliest memory?

By The WebmasterApril 5, 2019Community
No Comments

Have a listen to Neil and Leah this morning talking about their earliest memory!

My earliest memory is kind of funny, I believe I was around 3 yrs old. I was at home with my mom and my older brother was in school at that time and I can remember having a bath and then my mom going to put clothes back on me.  However I ran away from her thinking it was funny because I was naked.

I kept running around the house then I actually ran out the back door of our place and then down the side of our house and then back into the front door. I did this while giggling and my frantic mother trying to catch me, apparently I was pretty fast.

I did this a few times, out the back and back in the front until she tricked me and hid and then popped out from behind the back door and scooped me up. I was still laughing however my mom was relieved that it appeared that none of our neighbours had seen this go down. Needless to say she locked the bathroom door every time she gave me a bath after that.

My father was a buddying film maker when I was very young so he shot a lot of 8mm film from the day I was born until the day my mother finally told him to get rid of his camera (which was about about a week before he died) I remember seeing very early footage of some baby that was reportedly me, but I wasn’t really sure if that was my mother as she looked so young at the time!

The earliest memories I can recall involve snow and ice. I remember we would go tobogganing on the local mountain ( or as they call it in BC, the local speed bump ) and try our best not to smash into the local bandshell at the base of the hill.

The other memory I was skating lessons at the age of 4. My father wanted me to play in the big leagues I suppose so put me through 2 years of skating skating and more skating skills.

Didn’t quite make it to the NHL.

Still, it did get me a meeting with one of the greatest hockey players of all time – Bobby Orr.