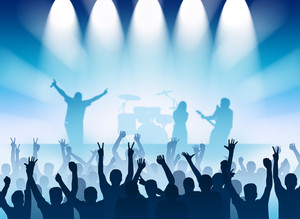 Who was the first concert you ever went to?

By The WebmasterMarch 25, 2019News
No Comments

My brother Brian bought a Paula Abdul cassette tape when we were younger and he didn’t like it so he gave it me. He was older than me so he kind of introduced me to music as I got older. I straight up loved it….see what I did there?  When she came to Vancouver in the 90’s I had to go, it was my first concert ever. She was one heck of a dancer I remember that!

My first concert was seeing a Scottish hardcore punk rock band known as ‘The Exploited.’ I was 16 years old and managed to sneak into the bar they were playing. Two friends also got in. I remember being terrified looking at all the punk rockers who were older (and bigger!) than I. I also remember it was a school night and getting no sleep because of how far we had to travel to see the show. I somehow managed to get into trouble with one of my teachers for falling asleep in class and was given my first detention after school. The same teacher was in the room and asked me what happened. I explained that I had gone to a concert the night before. He seemed fascinated that a grade 11 student had gone all that way to see a band that no one had heard of. He sent me home.