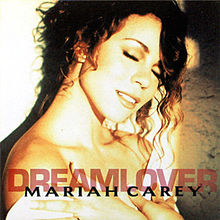 By The WebmasterJanuary 30, 2018News
No Comments

My Flashback 90’s song came out in 1993, can you believe it’s been out that long?  I loved this song when it was released, I mean I really loved this song! I would literally play it over and over and over again, I’m not kidding! This song actually helped transition Mariah Carey into the pop music market, a choice made following the mixed reception to her previous studio effort which featured gospel and 1960’s soul influences.

It worked that’s for sure because “Dreamlover” made it to #1 on the following charts…the US Billboard Hot 100, the US Dance Club Songs, the US Mainstream Top 40 and the US Rhythmic Charts.

We loved it here in Canada too because it made it to #1 on the Canada Top Singles Chart.

Catch my Flashback 90’s songs Monday-Friday at 11:53am 👉www.pulsefm.ca