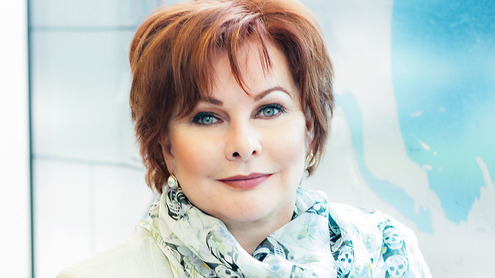 Linda Hepner, One More For The Road

By The WebmasterSeptember 20, 2018September 21st, 2018Community, News
No Comments

Mayor Linda Hepner took to the stage at the Sheraton Vancouver Guildford hotel on September 19th to deliver her 4th and final State of the City. After 33 years working for the city of Surrey she announced earlier this year she would not seek re-election in the upcoming municipal vote on October 20th.

Mayor Hepner acknowledged the many people she has worked with and the “cast of characters” — all of whom make the city great.

Hepner went on to address the incredible growth she has witnessed in Surrey over her past 33 years of service. All the while perserving and even creating new green space for growing communities and families. Surrey she said, is no longer simply a bedroom community where people commute to work in Vancouver.

She talked about the imminent legalization of cannabis and her Mayor’s Task Force on Gang Violence Reduction. She addressed the audience on transit and LRT. And, that Surrey was the envy of the world as a place to raise a family, live, work, play and invest.

And, in the end she could hardly hold back the tears when she quoted Robert Frost telling those in attendance the road she’s travelled has never been alone. With that she thanked her husband Alan (Mr. Mayor) and family.

Mayor Linda Hepner will be our guest on Pulse Mornings on Wednesday, October 3rd at 8:30am to share her experience in office, what she’ll miss most and what she’s really looking forward to.

Watch the Mayor’s 2018 State of the City address here.