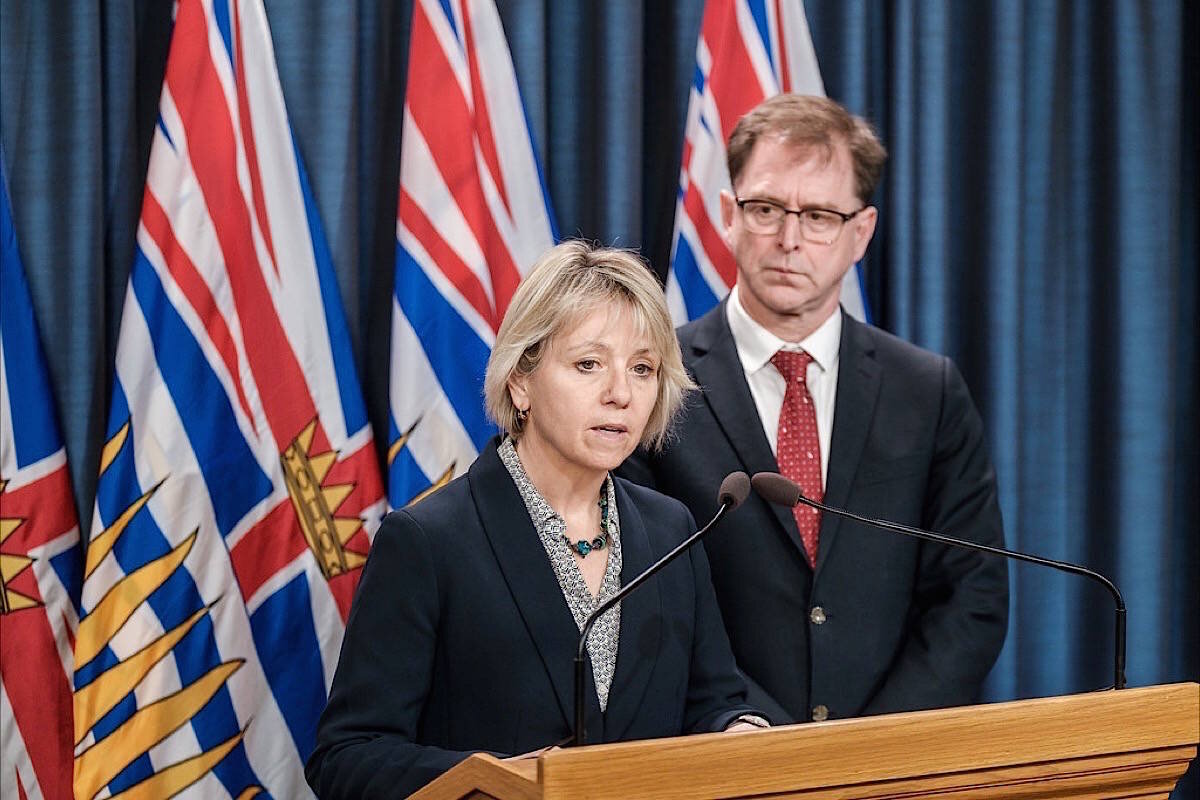 By Jeremy TubbsJanuary 13, 2023News
No Comments

Members of the Commons transport committee spent a day grilling corporate and government officials on who bears responsibility for one of the most hectic holiday travel seasons in memory, and how a repeat could be prevented. Tamara Vrooman, CEO of the Vancouver Airport Authority, told the committee she was confident officials made the right decisions to keep passengers safe as winter storms forced mass delays and cancellations in the week before Christmas. However, Vrooman also said passengers spent an “unacceptable” amount of time on the tarmac, including some who were stuck on planes overnight. She promised better communication and said the airport has made changes to limit the amount of time an aircraft may spend at a gate.

Health Minister Adrian Dix and provincial health officer Dr. Bonnie Henry are expected to provide updates on respiratory illnesses this afternoon. The briefing comes the day after the BC Centre for Disease Control released data showing the number of patients hospitalized with COVID-19 continues to slowly decline, with just over 300 people currently in hospital. The data also show an overall decrease in the number of COVID deaths over the last two months, with 34 fatalities during the last week of 2022. The centre says the influenza epidemic is also declining, and no more children have died from the flu, but test positivity rates remain high for RSV.

Environment Canada has issued snowfall warnings for parts of northeastern BC this morning, saying the Williston region north of Prince George and Pine Pass along Highway 97 could see up to 15 centimetres before the flurries ease later today. A freezing rain warning has been added for the Prince George area, though conditions were expected to improve this morning. To the south, rainfall warnings remained in effect as the weather office projected downpours would continue in Metro Vancouver and the Fraser Valley, the Sunshine Coast and eastern parts of Vancouver Island until later this morning. Over western Vancouver Island and Howe Sound, it says a further 40 to 80 millimeters could fall before the rain tapers off later tonight.

Avalanche Canada says rain is raising the risk throughout BC’s south coast. It says conditions are “very dangerous” on mountains from Vancouver Island to the Sunshine Coast, Sea-to-Sky corridor and the Fraser Valley, along with areas east of Kamloops — while the danger is listed as “considerable” near the Alberta boundary. Meanwhile, BC’s River Forecast Centre has issued flood watches for southeastern Vancouver Island, the Sunshine Coast, Howe Sound and Metro Vancouver’s North Shore mountains, with stream levels expected to peak today and tomorrow. Lower-level high streamflow advisories are in effect for the rest of the Lower Mainland along with northern and western Vancouver Island.

A BC man has been convicted of manslaughter in the stabbing of his common-law partner near Fort St. John in 2020. John Wendell Keyler was originally charged with second-degree murder and indignity to a body in the death of Sarah Foord. But in a judgment issued this week, BC Supreme Court Justice James Williams ruled Crown prosecutors failed to prove Keyler’s intent to kill, and convicted the 35-year-old of the lesser charge. The ruling shows Keyler stabbed Foord after the pair consumed drugs and alcohol, then buried her body in a remote area before confessing to police a few weeks later.