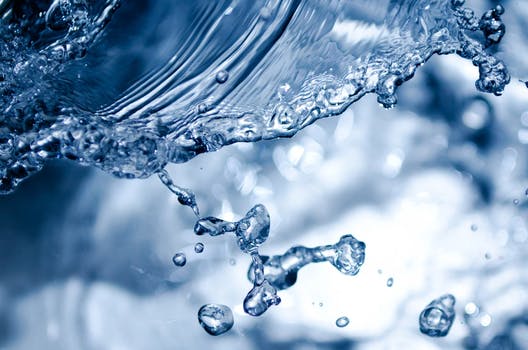 By The WebmasterJuly 20, 2018Community, Events, News
No Comments

We all take that clear fluid flowing from the faucet for granted but did you know that 70% of the Earth is water and only 1% is safe for human consumption? It seems that every year we’re told about watering restrictions because the reservoirs are low and its a drier season ahead. Our growth population is putting more demand on the lakes, aquifers, and rivers each year that by it’s expected to climb 50% by 2025, from what it was less than a decade ago. Reducing our use, as well as looking to ways of capturing useable water is only going to be more important as the years go on. Toilets use 24% of the water in our homes, with showers and faucets tied at 20%. Washing clothes takes 16%, while leaky pipes eat another 13%. (MetroVan) Lessening that can be done with a few tips:

Toilets – We’ve all joked about the adage “if it’s yellow….”, but there is some practicality to it – maybe not specifically, but the toilet is one of the biggest water-wasters in the home. Some cities (Richmond does. City of Surrey doesn’t at this point) offer a rebate to change the higher volume toilets to the low-flush ones. If your city doesn’t have an active program, you can still lower the toilet’s volume by either adjusting the level of water in the tank, or place a brick or bottle of sand in the tank. BE careful that there is still enough water to complete he flushing action though.

Teeth brushing – I have to admit that I am doing better on this one. Dentists tell us that we should brush our teeth for a full two minutes, or visualize singing Mary Had A Little Lamb, I think. Rather than running the water for those two minutes, turn it off and save up to 700 litres per year. Shaving will do the same thing – put the stopper in and rinse rather than running the water.

Washing – The average person washes their hands 9 times per day.Following Food Safe Guidelines, the scrubbing is at least 20 seconds. Turing the water off during that time is a savings of at least 20 litres. Summertime has us all in the shower a few extra times per week, so cut the actual time down and save the loss. A typical bath will use up to 120 litres of water, whereas a 5 minute shower will use 30-100 litres of water, depending on the showered.

Kitchen – Eventhough Mom always condemned that dishwasher because it didn’t do as good of a job as we were supposed to do by hand, the modern dishwashers are, in fact, more efficient than hand-washers. They use as little as 12 litres per cycle, versus the almost 75 by hand – the biggest fault being that of the faucet constantly running for the rinsing.

While at the kitchen sink, change the aerator in the faucet to a low-flow one. Incentives are available for these, as well as low-flow shower heads through BC Hydro.

Defrost food in the fridge, rather than using water.

Use just enough water to cover the food when boiling them, and it retains the nutrients and flavour. When finished, dump the water into the flowers instead of down the drain.

Put a jug of water in the fridge for drinking, rather than running the water until it gets cold. Hit the floor with an ice cube instead of the lemonade? Don’t throw it in the sink, put it in a plant.

Lawncare – We’re already given our restrictions of when and how long we can water our lawns and gardens, but add a timer to the irrigation system if there already isn’t one. A smart controller will even allow you to adjust or stop the pre-program, should you forget to turn it off during a rain spell or if you want to control it while you’re on holiday.

When planning for the landscaping, use drought-tolerant plants and grasses.

Let the car get a little dirty, or if you have to clean it, use a bucket and water rather than a hose, and use a nozzle that’s auto-shut off when you do.

In fact, limit the outdoor washing of the house or driveway. Use a broom to clear off the sidewalks and driveway.

Avoid topping up the pool from the evaporation.

FIX / REPLACE – a faucet that drips a drop every seconds, it would only take 4 1/2 hours to fill a 3.78 litre milk jug, and waste 20 litres per day, over 7000 litres per year. If that’s HOT water, you’re also wasting the energy thats used to heat it. Simple solution is to replace the washer or the whole faucet.

Replacing a hot water tank with an on-damand system, when it’s time to do it, will save wasting water while the hot gets up to the fixture.

When replacing a washing machine, look for water-saving ones.

Put in a rain barrel to capture the roof water for watering plants.