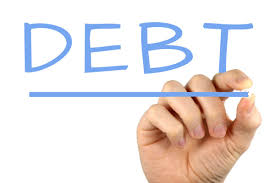 By The WebmasterMarch 15, 2018News
No Comments

The latest numbers from Statistics Canada point to some troubling numbers for Canadians. The latest figure from Stats Can reveal the debt burden among Canadians remains at a record high of 170.4% of disposable income in the 4th quarter of last year. Add this report from an Equifax Canada, that says Canadians debt load climbed to a record high of $1,821 trillion, including mortgages.

“Although this record-breaking household debt ratio remains relatively unchanged. Canadians have been skirting with danger for a number of years and we’re not making progress in reducing our average debt loads,” says Scott Hannah, President of the Credit Counselling Society.

Hannah goes on to say, “Interest rates have been historically low, unemployment rates are low and overall, we’re managing at the moment. However, all it could take is a couple of rate increases, unemployment to go up or a negative outcome from the NAFTA negotiations, and more Canadians will be in trouble.”

Over 50% of Canadians regret not paying down more debt while interest rates were so low, as per a CIBC poll. Moreover, Canadians continue to live paycheque to paycheque without a budget/spending plan in place, and the CIBC poll further revealed that 26% of Canadians took on new debt in 2017, with the need to manage day-to-day expenses (32%) or deal with an unexpected financial emergency (22%) as the top reasons cited for the debt accumulation.

“The recent figures are troubling but not surprising as Canadians continue to live beyond their means and rely on credit products from lines of credits to credit cards for their daily expenses,” says Hannah.

The average debt held by all Canadians is $22,837 as per the Equifax report, however the Credit Counselling Society is hearing from Canadians, whose average debt accumulation is $30,000, explains Hannah adding “A couple of decades ago, Canadians would come to us with an average of $12,000 of non-mortgage debt, which has now more than doubled.”

“The good news is that it’s not too late for Canadians to turn their financial situations around,” says Hannah. “The challenge is taking the first step towards improving the financial well-being of Canadians at all stages of life.”

Debt can be an enormous burden for anyone to carry. Lessen, or at least lighten the load on your own or with professional guidance. It may be the best kind of weight loss you’ve ever experience without having to diet.