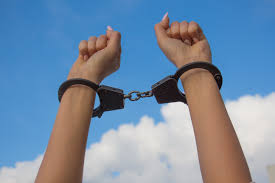 A Slap On The Wrist

The former RCMP officer caught in a 2016 sting by the local Creep Catchers organization looks to all but walking away with less than a slap on the wrist. He was scheduled to appear in Surrey courts this morning after pleading guilty to Breach Of Trust last month. The Crown were looking for a one year conditional sentence. His defence lawyer argues his career has been ruined by the, ‘actors’ who are Surrey Creep Catchers. No matter what you think of Ryan Laforge and his group, a man who intends to meet up with – in this case – a 15 year old girl, they deserve a lot more than being grounded for a year and if no other incidents within that time, all charges completely dropped. What is wrong with this picture? Yes, he lost his job, and I’m sure a few friends and possibly family since the incident, but what is it about pedophiles that we think it’s safe to let them back on the streets to potentially offend once again? Let’s take a moment to think what could have happened if the 15 girl was real. This guy could still be in a position of authority and a trusted members of the community. Imagine what that girl’s life would be like. A year go house arrest? Give me a break.