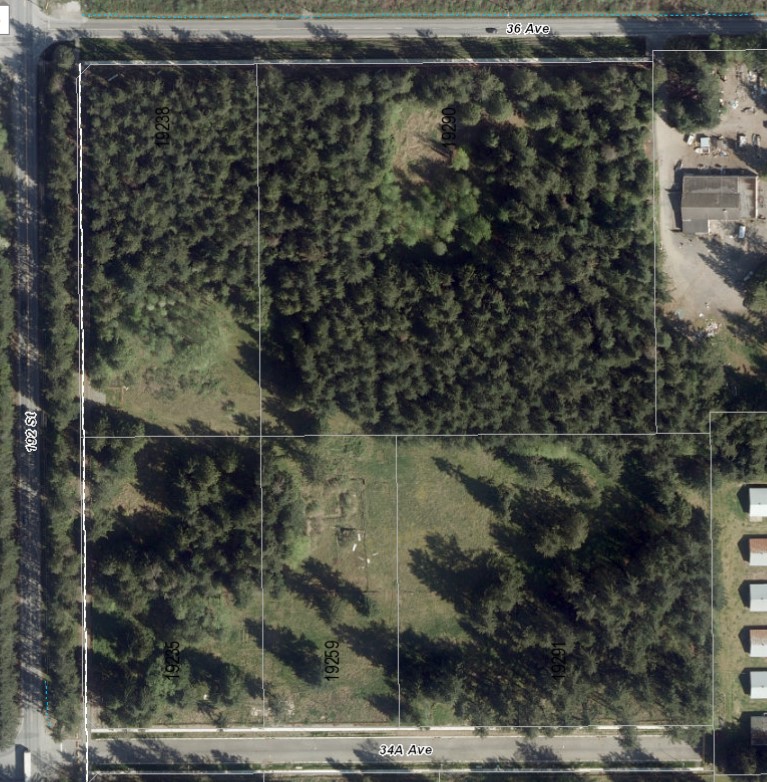 A plan to cut down a forest in South Surrey to pave way for development has been endorsed by Surrey council.

However, at least one Surrey councillor has serious concerns.

On Monday night, Surrey council heard from the public on a proposal to build two warehouses and office spaces at 36 Avenue and 192 Street in Campbell Heights.

Two speakers told council they were concerned about the level of tree loss.

Deb Jack, with the Surrey Environmental Partners told council the entire property would be virtually paved. She told council it’s time for the city to get imaginative and consider green-roof buildings and underground parking where greenspace could be kept above.

“This application by itself is a massive destructive (tree) cut on our city,” Pettigrew told PulseFM on Monday morning. He estimates that in addition to the 500 significant trees, there are another 5,000 that aren’t being counted in the city report. A “significant” tree by city bylaws is at least 30 centimetres in diameter at breast height.

“So, this is huge,” Pettigrew said. “This is part of a larger picture, of the destructive nature of what we’re doing to our region… we need to deal with this.”

Under the proposal, 523 significant trees would be removed, and 186 would be replaced. The developer will also give the city $346,800 to the city’s green fund.

The proposal was passed by council eight to one, with only Pettigrew opposed.

This month, PulseFM reported that there was a huge spike in tree cuts last year, as the city issued permits to cut down 10,731 significant trees, representing one of the highest cuts on record.

It went on to become an issue in the mayoralty race of 2005, where Watts ousted sitting Mayor Doug McCallum, who has recently returned as Surrey’s mayor.

This isn’t the first time Campbell Heights made headlines for environmental destruction.

In 2007, Campbell Heights was one of nine areas listed in “High and Dry: An Investigation of Salmon Habitat Destruction in British Columbia,” released by the David Suzuki Foundation.
The report examines development activity between 2003 and 2006 throughout the province and details failure of regulatory bodies, specifically the Department of Fisheries and Oceans (DFO), and in the case of Stokes Pit, the City of Surrey.
In July, 2003 the city was entered into a deal to build a $300-million business park on 200 acres of city-owned land in Stokes Pit.
The 33-page Suzuki study indicates the development came with significant environmental cost.
It details damage to two creeks, along with the “dewatering” of Latimer Lake.
The David Suzuki investigator said in his 15 years of fisheries work he had “never witnessed such significant loss of fish habitat associated with any one development.”
Part of the problem was that the DFO believed the City of Surrey, as landowner, was taking all steps to protect the creeks.
That wasn’t the case, according to the report.
“One significant creek (one to two metres wide) that was home to hundreds of juvenile salmon (coho) and some trout (steelhead) fry had been stripped of its riparian vegetation and there were numerous points of entry for silt and sediment running off the cleared property around it,” the report states.
In all, about 600 linear metres (2,000 feet) of stream and associated riparian area had been harmfully altered.
The report indicates the City of Surrey had commissioned a pre-development environmental study which had not been shared with the DFO.