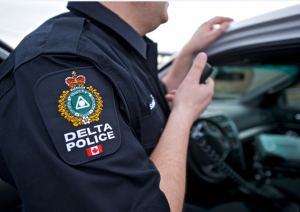 By Vanessa YbarraFebruary 20, 2019News
No Comments

Delta Police are on scene at an incident at a private elementary school, Immaculate Conception in North Delta on 119th Street.

“An off-duty Delta Police officer was at Immaculate Conception and witnessed an assault occurring between a man and a woman in front of the school. He intervened, and during the altercation the woman and the officer were stabbed,” said Cris Leykauf, spokesperson from Delta Police. Information on their condition is not known at this time.

A suspect is currently in police custody, however the scene remains very active. No children are believed to have been involved in the incident.

“We are asking parents who have not yet been able to get their children to pick them up at 88th and 120th at the Desi Junction parking lot,” said Leykauf.