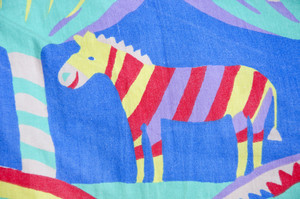 A Zoo in Cairo, Egypt is making news these days for all the wrong reasons. A form of false advertising if you will. A recent tourist visiting the Zoo noticed something didn’t seem quite right when he went to look at the Zebras. He took a picture with one of the animals that’s gone viral and now the argument is on regarding the species. Some who have seen the picture say it’s a Zebra, while others – many others – say it’s a painted Donkey. Here’s the link courtesy of the BBC: (https://www.bbc.co.uk/news/world-africa-44968509) What do you think? This isn’t the first time a zoo has tried to pass off an animal as another species. In Gaza in 2012 they put stuffed animals on display because of shortages. A zoo in China dissipated visitors by proclaiming they had penguins when they were in fact blow-up penguins, and another zoo in China tried to pass off a type of dog – A Tibetan Mastiff – as a Lion. Word is they glued the mane on the dog. That’s nothing, recently on a trip to the Greater Vancouver Zoo a couple tried to tell me their pet monkey was their child. When I called them on it, the father punched me and stole my banana.