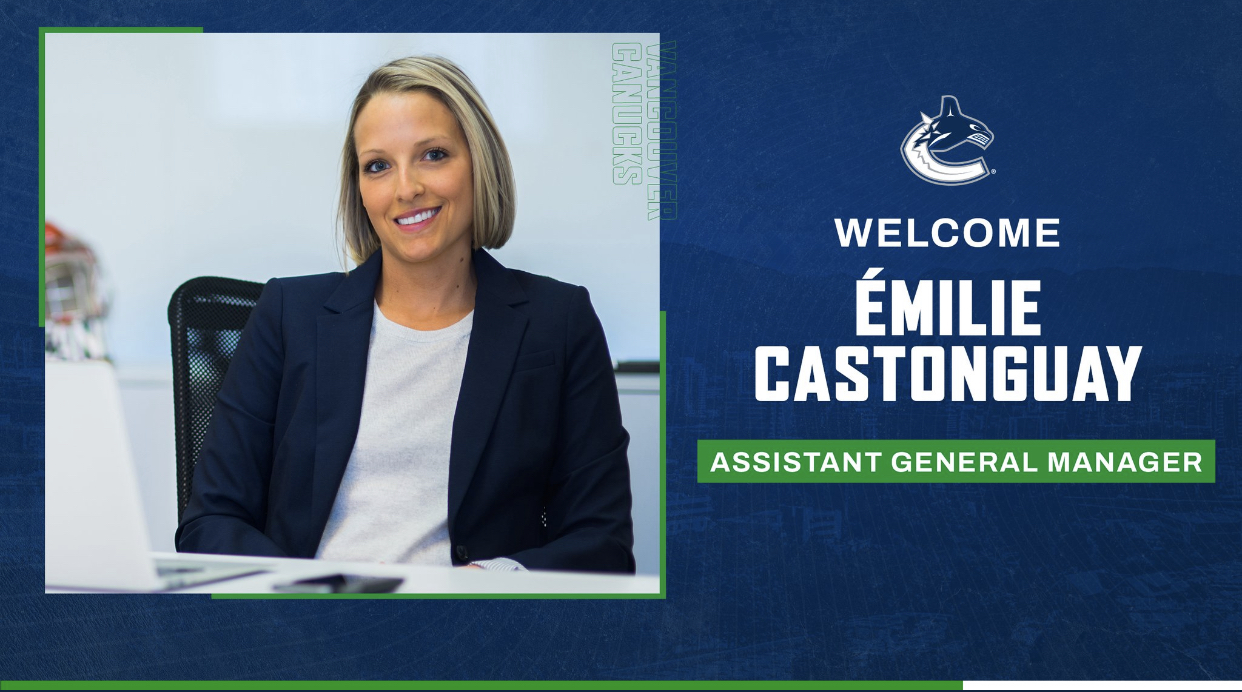 By JaclynJanuary 24, 2022Jaclyn, News
No Comments

Émilie Castonguay has made Vancouver Canucks history, she’s been named assistant general manager, becoming the first female to hold that role with the team.

“Émilie has extensive experience, is driven to succeed, and has a strong reputation in hockey for her intelligence and work ethic, She will play a lead role in player contracts and negotiation, managing the collective bargaining agreement, and her voice will be heard in all aspects of hockey operations. She will be a key member of our leadership team and we are pleased to welcome her to Vancouver.”

“The Canucks have a passionate fanbase and an exciting young team with a bright future. I can’t wait to help build a winning organization that continues to grow and challenges for championship.”

According to the Canucks, Castonguay was the first female NHLPA certified agent in Canada in 2016. In addition to her many accolades off the ice, she also has experience playing, having been part of NCAA Division 1 hockey at Niagara University for four years. Castonguay has a law degree from l’Université de Montréal and is also a member of the Quebec Bar Association.