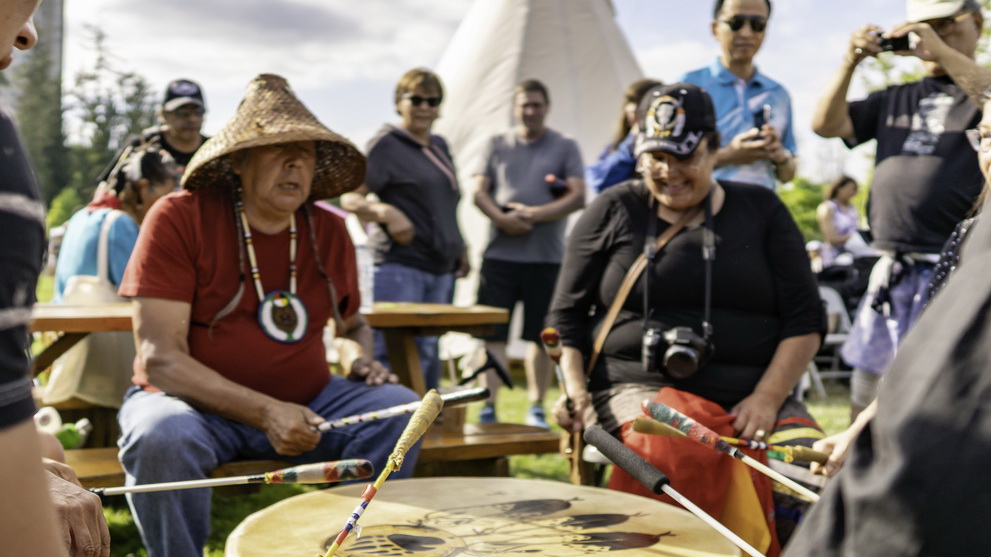 By Gurshabad KangSeptember 30, 2021General
No Comments

Today, September 30th, marks Canada’s first National Day for Truth and Reconciliation. The federal holiday came into existence to honour Indigenous residential school survivors, and those who lost their lives to the system at a very young age.

“It’s a day to reflect on that terrible history, and also to think about how to address the effects of 150 years of residential school policies that aimed to kill the Indian in the child,” said Terry Teegee, regional chief of the B.C. Assembly of First Nations. (via News1130)

Indigenous leaders are worried that this day will end up being a holiday but no “reconciliation” will actually occur, and the history can possibly be “watered down”. Teegee says that this holiday is a gesture in the right direction but gestures only go so far. “That doesn’t change tomorrow for an Indigenous person who’s dealing with addictions or dealing with mental health issues because of residential schools,” he said. (via News1130)

Leaders are asking the Canadian government to provide support and funding with appropriate concrete plans and timelines to combat mental health challenges, addictions, homelessness and health care discrimination along with other socioeconomic challenges for Indigenous communities.

Many Indigenous leaders see reconciliation as an understanding between Indigenous communities and the Canadian government, regardless of party affiliation, to recognize Indigenous Peoples’ sovereignty and control over their territories and affairs.

“This is a long-term commitment between Indigenous Peoples and regardless of what party you’re in or the colonial state, regardless of what affiliation you have. It’s about creating space to be First Nations, to be Indigenous, and to be in a place that respects our identity and respects who we are,” said Teegee. (via News1130)

The Canadian federal government is aiming to implement the Truth and Reconciliation Commission’s calls to action. Provincial governments, including BC, are working towards reconciliation and bringing forward legislation that resonates with the United Nations Declaration on the Rights of Indigenous Peoples. However, Indigenous leaders are weary and are pushing to see concrete plans and funding.