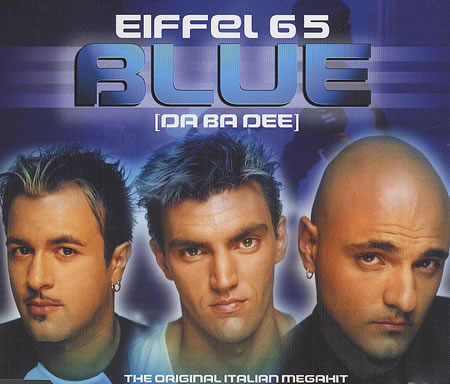 By The WebmasterFebruary 8, 2018News
No Comments

I was not a big fan of this song when it came out back in 1999. It definitely stays in your head when you hear it and won’t leave you all day, however I must say it did grow on me.  Eiffel 65’s Blue (Da Ba Dee) was their most popular single reaching #1 in many countries such as Ireland, the United Kingdom, the Netherlands, France, Sweden, Switzerland, New Zealand, Finland, Norway, Australia, Germany and here in Canada on the Canada Dance and Canada Top Singles Chart as well.

The song also received a Grammy Award nomination for Best Dance Recording at the 2001 Grammy Awards, 2 years after it was released by the way.

What would be your favourite Flashback 90’s song?