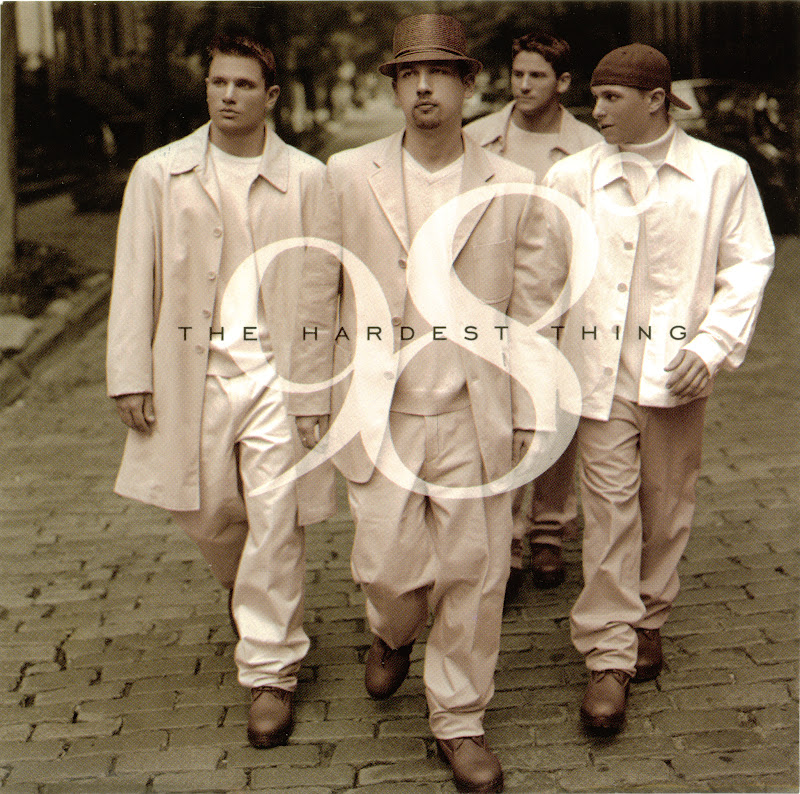 By The WebmasterMarch 16, 2018News
No Comments

This boy band… or I guess they were more like a boy/man band came out with my Flashback 90’s song in 1999. “The Hardest Thing” by 98 degrees is my favourite song of theirs.

The music video was pretty good, it was shot inside a boxing arena as the protagonist in the song talks about loving two women his significant other and his mistress. However in the end he says goodbye to his mistress as he tells her it’s “The Hardest thing.”