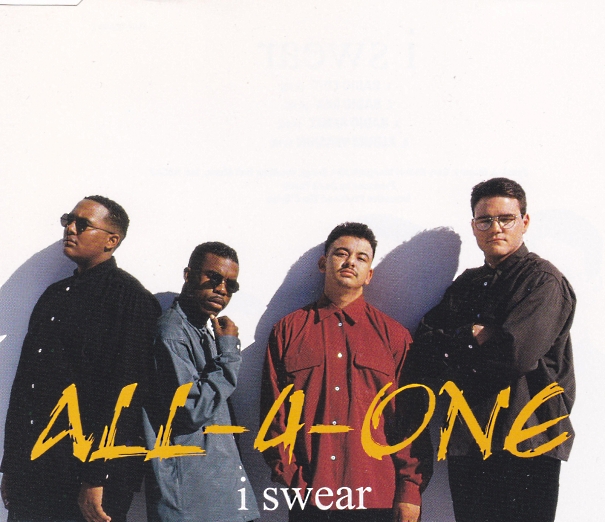 By The WebmasterApril 20, 2018News
No Comments

My Flashback 90’s song today was actually a ballad that became a hit for two different acts in 1993. Initially, it was a #1 single on the U.S. Hot Country Singles & Tracks chart for American country music artist John Michael Montgomery. A few months later, American pop group All-4-1 covered “I Swear” as well and achieved great success in many countries.

The All-4-1 version won a Grammy in 1995 for Best Pop Performance By A Duo Or Group With Vocal. You can hear “I Swear” in TV shows like South Park & The Vampire Diaries as well as movies like Just Friends, The Social Network & Despicable Me 2.