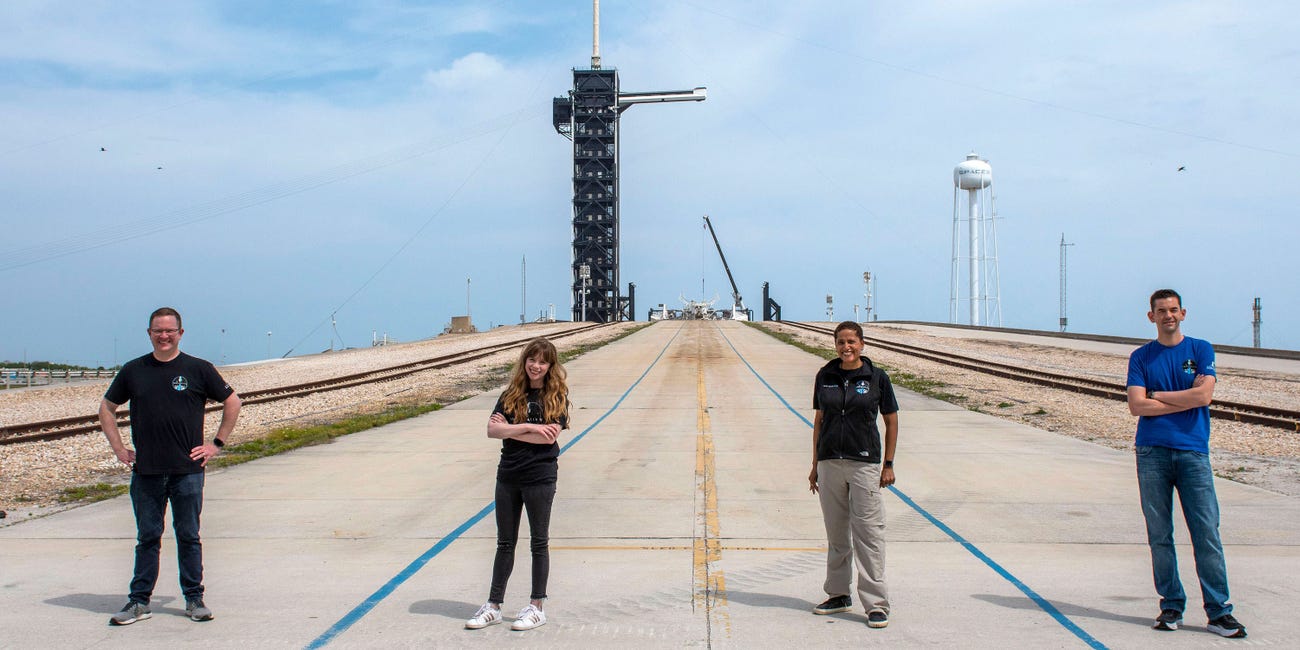 FOUR CIVILIANS ARE GOING TO SPACE AS EARLY AS SEPTEMBER 2021

By Gurshabad KangApril 5, 2021General
No Comments

An Air Force veteran, a cancer survivor, a geoscientist, and a tech billionaire walk into a space bar…

Four people have been chosen to orbit Earth in the unprecedented all-civilian space mission led by Elon Musk’s SpaceX. The Inspiration4 mission will ride aboard the Dragon spacecraft launched into orbit by the Falcon 9 rocket.

Chris Sembroski is a 41 year old Air Force veteran who works for Lockheed Martin, a global security and aerospace company. He will support payloads and science experiments as a mission specialist for the project. Chris says he heard about the mission via an ad during the Super Bowl.

Hayley Arceneaux is a 29 year old physician’s assistant at St. Jude Children’s Research. She survived bone cancer when she was 10 years old by having part of her femur removed.

Jared Issacman is a 38 year old tech billionaire, who is the chief executive of Shift4Payments, an e-commerce/payment processing company. He will charter the mission’s flight.

Dr. Sian Proctor is a geoscientist and an analog astronaut. She landed her spot in the team by winning a contest sponsored by Issacman’s company.

SpaceX is hoping for liftoff as soon as September 15.

The rocket will orbit Earth for three days after departing from the Kennedy Space Center, and eventually touch down off the coast of Florida.

Musk is the largest shareholder and CEO of SpaceX, which is currently worth $74 billion. The company has far surpassed Musk’s initial $100 million investment.