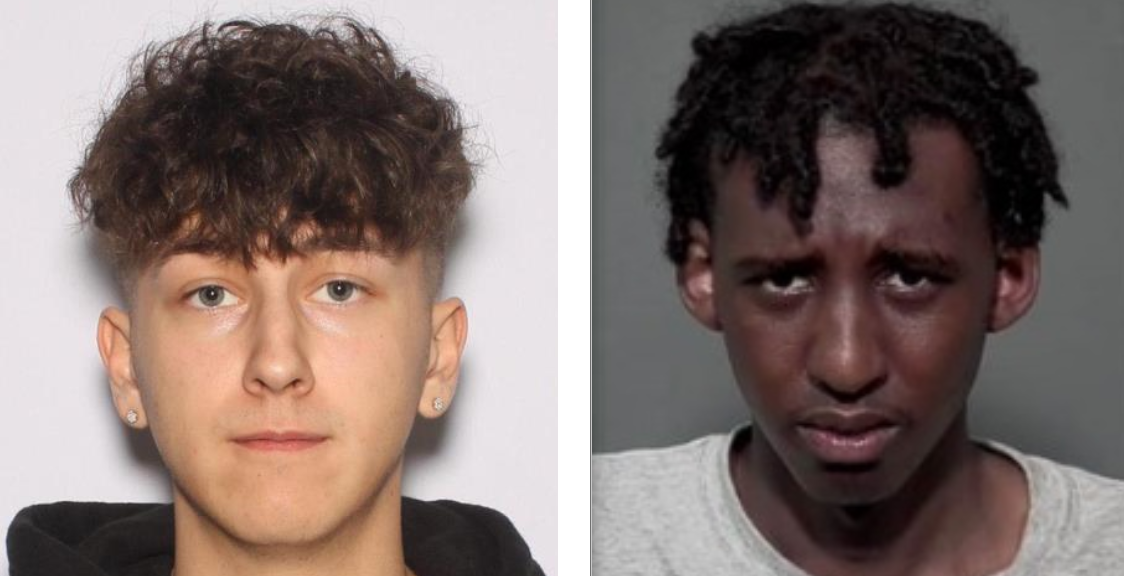 If you see either of these men, call police

And while it’s not believed the two are in this city, Surrey RCMP are asking for people to

keep a lookout for them.

Meaz Nour-Eldin and Nathan Barthlette are both wanted on charges of Kidnapping, Unlawful Confinement, Aggravated Assault, Use of a firearm during the commission of an offense, and robbery and firearm offenses.

Nour-Eldin is described as a 22 year old Somalian male, 6’1”, 181 lbs, with brown eyes and black hair. He has tattoos on his left hand, left wrist, and upper torso. Investigators believe Nour-Eldin may have fled to other parts of the country, including possibly Quebec and Ontario.

These charges stem from an ongoing Surrey RCMP Serious Crime Unit investigation involving a kidnapping and an assault. This was an isolated and targeted incident and additional suspects have already been charged and remain in custody for this incident.

Anyone with information on the whereabouts of these two individuals is asked to contact the Surrey RCMP at 604-599-0502 or, if you wish to make an anonymous report, please contact Crime Stoppers at 1-800-222-TIPS or www.solvecrime.ca.