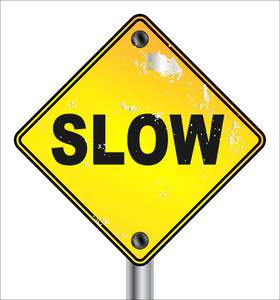 As we find out today that Surrey RCMP have teamed up with various agencies including ICBC for a campaign about distracted driving and speeding thru school zones, I felt the need to share the story of my last two days leaving work and driving home.

We all get told time after tome that distracted driving and speeding kills. I get press releases practically every day from the RCMP and other agencies about both. So what should I witness – not once but twice – over the past two nights on King George Blvd southbound south on Highway 10? A police officer (possibly the same one, I’m not sure but the vehicles were the same SUV type)

Two nights in a row the light turned green and the RCMP vehicle took off down the hill like a bat out of hell. I can’t tell you the exact speed it made it up to because by the time I hit the speed limit they were a good kilometre away from me. By the time I could see a good stretch of King George after the train track overpass, the vehicle was not longer in sight.

Giving the driver the benefit of the doubt, I assumed he or she was on a call and needed to get to a location as soon as possible. If that was the case, wouldn’t the correct protocol include putting on the siren and activating the flashing lights?

It’s great to tell us to slow down and obey the laws but the RCMP must know, they are supposed lead by example.

To the officer (or officers) driving down King George Boulevard at approximately 7:15pm this past Monday and Tuesday – SLOW DOWN.