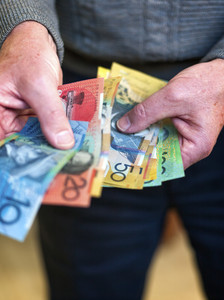 Earlier today the province announced tougher rules on payday loans, and cheque cashing fee’s. The reason why the Minister Of Public Safety Solicitor General Mike Farnworth made the announcement is to protect people – poor people – from excessive fee’s. Starting September 1st, the maximum fee a payday-loan business can charge is $15 per every $100. It was $17. And before that it was $23. They also announced extending the payday-loan agreement cancellation period, prohibiting payday lenders from requiring, requesting or accepting consent from a borrower, to use or disclose their personal information for anything other than for arranging or providing a payday loan, and other measures as well. What the Province should have done was offered to payback everyone’s loans, and kicked these businesses out of this Province. All payday-loan companies do is put the majority of their customers in a perpetual spiral of pay back, and borrow again. Not to mention the ridiculous fee’s. Once caught up in the vicious cycle it’s impossible top get out, leaving the customer to either file for bankruptcy, of get bailed out by some form of credit counselling. What theses companies really are are legalized loan sharks. Manitoba has banned them. We should too.