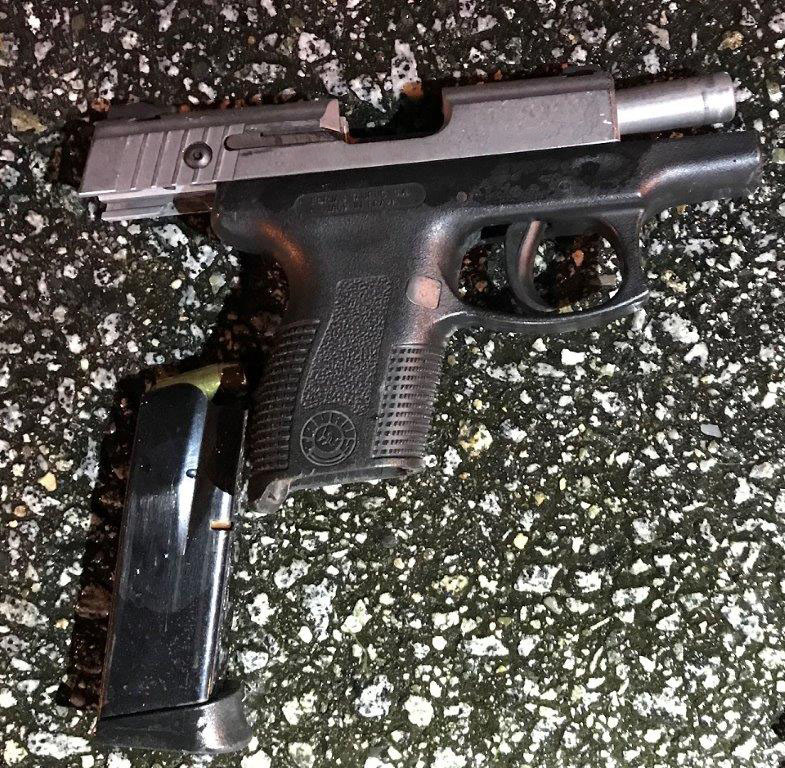 By Vanessa YbarraJanuary 9, 2020News
No Comments

Surrey RCMP’s Gang Enforcement Team (SGET) has seized a firearm as a result of on-going strategic targeted enforcement. This pistol is the fourth firearm the Surrey RCMP has successfully taken off the street in the past 30 days.

Members of SGET are deployed on every shift to look for vehicles and individuals who may be connected to the illicit drug trade or gang activity. They also investigate suspicious activity strategically, in areas where drug and gang activity has occurred in the city.

On January 6, 2020, shortly after 9:00 pm, SGET investigators conducted a traffic stop near the intersection of 104 Avenue and 146 Street, in the Guildford area when a 29-year-old male passenger fled from the vehicle on foot. SGET gave chase and he was successfully taken into custody. During the arrest, officers located a loaded .40 caliber pistol. He was was arrested for Possession of a Restricted Firearm and has been remanded into custody because of an outstanding warrant issued by Correctional Service of Canada for being unlawfully at large. The investigation related to the seized firearm is ongoing and no charges have been laid at this time.

“The work that SGET is doing is having a positive impact on public safety on multiple levels by literally taking dangerous weapons out of the hands of criminals,” says Staff Sergeant Glenn Atkins. “The team will continue to be out on the streets looking for criminals who put the public at risk through their illegal activity.”