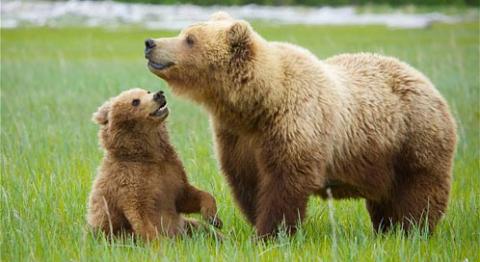 By Pulse FM StaffDecember 20, 2017News
No Comments
The NDP announced Monday the end of the Grizzly Bear hunt in this province effective immediately. We knew the announcement was coming, but did you really believe the province would out right ban the hunt? My immediate reaction was one of shock – albeit a pleasant one if that’s possible. I’ve never understood hunting but would be a hypocrite to voice my displeasure given I enjoy and eat meat. At a press conference Monday morning the Minster of Forests, Lands, Natural Resources and Rural development announced, “Through consultations this past fall, we have listened to what British Columbians have to say on this issue and it is abundantly clear that the grizzly hunt is not in line with their values.”
After consulting with first nations and the public, the province found 78% of those polled were outright against the hunt. The NDP will permit first nations to still take Grizzly Bears – but for trophy hunters coming to, ‘bag’ themselves a trophy, they’ll have to go somewhere else.
15,000 Grizzly Bears in this province say thank you. The majority of British Columbians say thank you as well.
Now of we could just tell conservation officers that ALL Bears matter, that would be great too.
Neil
Share Tweet Share Pin