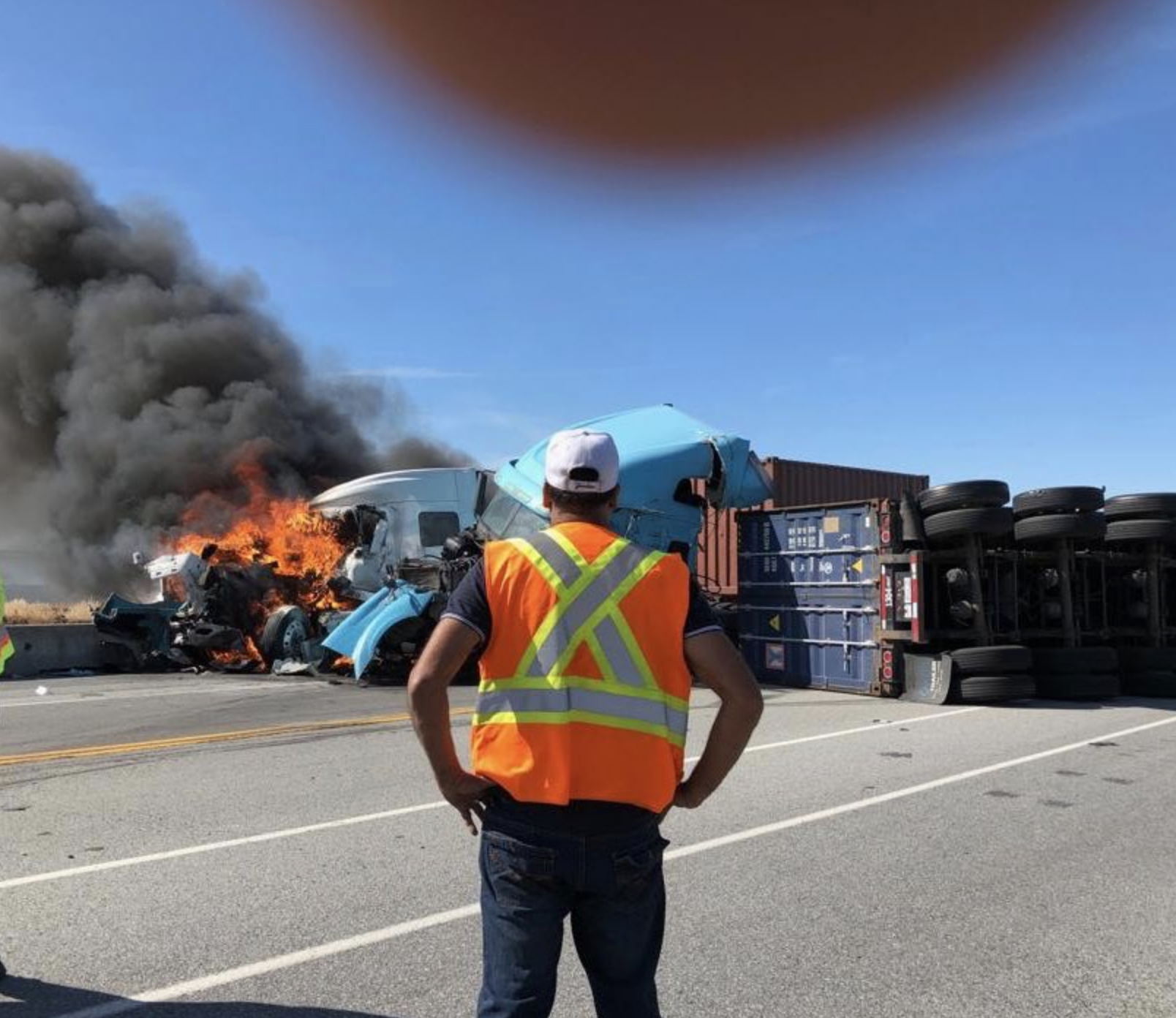 One man dead in fiery crash near Delta Port

At approximately 9:45 a.m. on Thursday Delta Police received a call about a collision involving two semi-trucks in the 3500-block of Deltaport Way.

Delta Police’s Traffic Section is leading this investigation. It is currently not known when Deltaport Way will re-open.

“We recognize that a road closure like this causes significant delays for drivers accessing the port. Thank you for your patience and understanding while our officers investigate”, says Delta Police spokesperson, Cris Leykauf. “This is a very serious collision, and investigations such as this take time. The process of clearing the road of a collision of this magnitude is also complicated, she added.