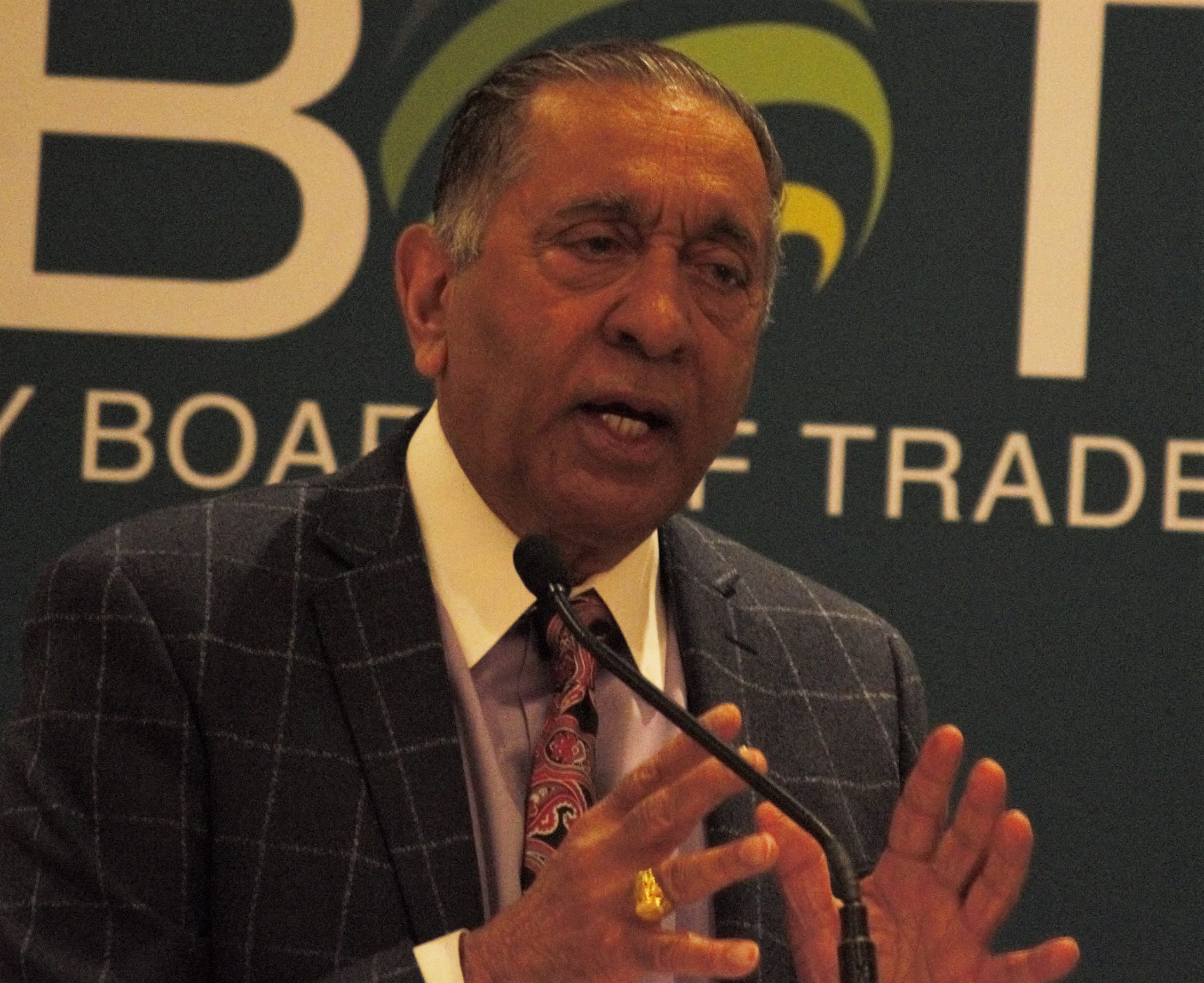 Oppal: I don’t know if Surrey will be better off with a municipal police force

This province was required by law to consider Surrey’s application to have it’s own police force, according to Wally Oppal, the former judge

who chaired a transition committee examining the move.

Oppal addressed about 200 people Wednesday morning at the Surrey Board of Trade regarding the city’s application to create its own police force.

“Policing is too important to be left to the police,” Oppal told the business crowd.

Many people in the crowd were frustrated by the city’s lack of public consultation regarding its own police force.

Getting in front of a question he’s already heard, Oppal offered that he can’t of his own volition take the issue to the public.

“I can’t hold a referendum, that’s not up to me,” Oppal said, noting the province would also be unlikely to force one on Surrey.

“If any referendum would be held, it would be municipal jurisdiction,” he said.

Now Surrey wants to move back to a municipal force.

“Under the Police Act, municipalities over 5,000 people can choose whether they want a municipal force or the RCMP,” Oppal said.

He noted that costs have been guessed at by the public, and many of them are far off target.

He noted that generally, a municipal force costs more than RCMP. Part of that reason is the former is usually unionized, where Mounties are not.
That’s all about to change, to the figures will be about even.

The other cost savings for the RCMP is a 10 per cent contribution from the federal government for RCMP policing.

Oppal then took questions from the public, many of whom were upset with Surrey council for failing to engage them thoroughly on the move.

James Stewart asked him if Surrey will be better served under a municipal police force.

“Will Surrey be better off? I don’t have a crystal ball,” Oppal said during a question period. “I don’t know.”

Surrey Coun. Brenda Locke said she was unimpressed with the presentation, and noted that Oppal didn’t seem armed with many of the facts he should have been.

One of those things was a 605-page public consultation report, which she said she provided to Oppal. The former judge told a member of the public he was aware of the document, but hadn’t had the chance to review it.

Coun. Brenda Locke told Pulse FM after the presentation that it’s clear the public is upset.

“The public wants to be heard on this issue,” Locke said in an interview. “They don’t trust the process, and rightfully so, the process has all been done in secret.”