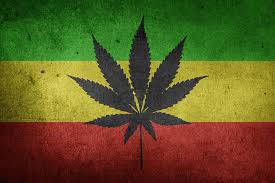 POT MAY BE SOON LEGAL, BUT WILL IT BE IN RICHMOND?

Pot may soon be legalized in this country, but certain communities have made it perfectly clear – they don’t want it anywhere in their city. One such city is Richmond. Earlier this week, City Hall announced new regulations on smoking. And although the city includes all types of smoking in their new regs, marijuana activists believe the reason the new regulations are so strict is because they don’t want people puffing in their community. Before we go any further lets take a look at how the laws have changed. First of all smoking is banned as of May 1st in the following places in Richmond:

Non smokers are saying it’s not enough, Non Drinkers are saying the new rules should include alcohol, and smokers of any kind are saying this takes anti-smoking of any kind (including Vaping) far too far. They have a point. If we’re just that concerned about the dangers of smoking – the municipal, provincial, and federal governments need to all step up and ban smoking outright, otherwise quit treating these people like they’re Lepers*.

*a person who is avoided or rejected by others for moral or social reasons.