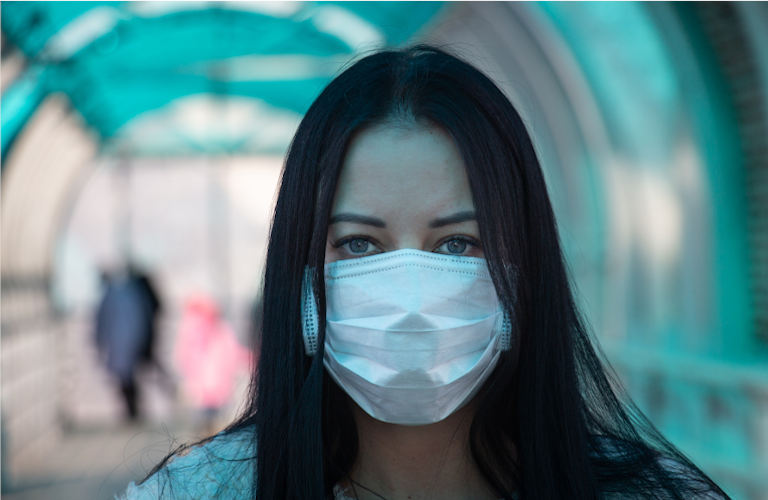 1) 14 seniors have now died at the Langley Lodge care home from COVID-19.
There’s also been close to 50 new cases many seniors with dementia who don’t understanding social distancing.

2) If you’re taking the skytrain – strap on a mask!
That’s the message from Translink who is now asking you to wear a mask or at least some kind of face covering when you’re riding and waiting for a train as an added safety precaution.

3) Thousands of people tuned in to a virtual memorial Thursday for Captain Jennifer Casey, who died when her Snowbirds jet crashed last weekend in Kamloops.

People also paid tribute to the pilot who remains in hospital.

4) Takes a pretty big lowlife to pull this off.
Early Thursday morning a man was crossing the street in the Bridgeview Area at 115 Avenue and 132 Street.
A car somehow managed to hit him, driving off, and leaving the man unconsious in the middle of the intersection.
Surrey RCMP say despite all efforts to save him, he died shortly after they arrived on scene.
Anyone with information is asked to call RCMP at 604-599-0502.
If you want to remain anonymous, call Crime Stoppers at 1-800-222-TIPS or www.solvecrime.ca.

5) Server? I’ll have another!
Parking times in White Rock have been extended from 30 minutes to two hours to support local businesses who reopened this week!
However before you flock down to the beach – remember, only a small amount of parking stalls are still available.
Council is set to discuss whether more spaces should be reopened at its next council meeting next Monday (May 25th)

6) A Surrey man is facing charges in a dramatic shooting in Bridgeview on Victoria Day.
Neighbours say they heard a gunshot and called police who then ended up barricading the entire home and arresting four men.
No one was hurt in the shooting with 54 year old Clinton Gascho charged with assault with a weapon and assault causing bodily harm.
He’s been released from custody and will appear in court at a later date.

7) A man in New West got quite the shock!
Police received word a man was banging on the courthouse windows Wednesday morning.
When they went up to talk to the 35 year old man, they claim he lunged at them and pulled out a knife, officers then tasering him otherwise known as”the less lethal distance option” and arresting him.
The man suffered a minor injury to his thigh and is now charged with assaulting a police officer with a weapon.

8)Apple and Google have released technology that will tell people if they’ve been in contact with someone who has COVID-19.
It relies on Bluetooth wireless technology to detect when someone who downloaded the app has spent time near another app user who later tests positive for the novel coronavirus.
More than 20 countries and a handful of states say they’re already planning to build voluntary phone apps using their software.

9) Toronto and Ottawa are trying to make a ‘poopy situation’ a little more positive!
They’ve installed temporary portable washrooms and hand-washing stations throughout the city to try and deal with the lack of public toilets open due to the pandemic.
Transit and truck drivers the majority of people using them who can no longer rely on coffee shops and other businesses toilets who remain closed

10) Off-reserve Indigenous populations are expected to get money from the feds today.
The money will go towards associations like the  National Association of Friendship Centres, who has been delivering food and helping deal with the increased cases of domestic violence.
Back in March were complaints the the bulk of the Indigenous Community Support Fund (worth $305-million) went towards First Nations, Inuit and Metis communities and not off-reserve organizations.

11) Yikes!
Horgan called students return to school a “dry run” saying  it’s up to each school district to come up with a specific plan on how to best socially distance students and staff.
“We want to do a dry run for teachers, for support staff for students, to see what physically distant school looks like,” Horgan said, emphasizing that each school district will make its own detailed plans to finish the school year interrupted by coronavirus restrictions”
Students can come back to school as of June 1st.

12) The ‘COVID rollercoaster’ continues.
On Wednesday 21 new cases and three more deaths were announced – a stark change from Tuesday when only two new cases were reported.
One of them was at ‘The Cedars’ assisted living home in Mission.
Three new deaths were also announced Wednesday, bringing B.C’s total to 149.