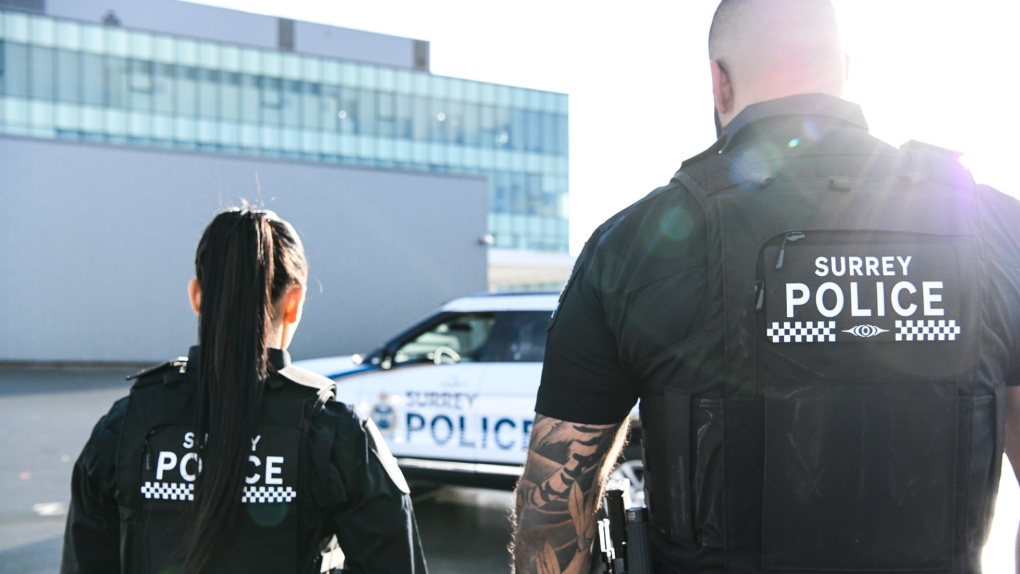 By Jeremy TubbsNovember 16, 2022News
No Comments

The Surrey Police Service says it won’t stop hiring and deploying officers unless directed by the province because it remains bound to meet targets outlined in the police transition plan through May 2023. This comes despite a vote by city council Monday to stick with RCMP and halt the transition to a municipal force. The vote directs the police board to pause all new spending and hiring for the fledgling police service that was formally established in 2020. But, Public Safety Minister Mike Farnworth says the province will not be providing any money to support the decision.

A group of BC organizations has sent a letter to the provincial government asking it to immediately reinstate universal masking in all public spaces. The group — including Protect Our Province BC, Safe Schools Coalition B-C, BC School Covid Tracker and Masks 4 East Van — wants premier-designate David Eby, Health Minister Adrian Dix and Education Minister Jennifer Whiteside to act now. The letter says the groups also want a public education campaign to explain why masks are an effective tool against respiratory infections with emphasis on the importance of mask fit and better filtration-grade respirators. This call comes ahead of a health ministry news conference about respiratory illnesses later today.

BC and Yukon will join other regions across Canada today in a test of the Alert Ready system. The alert will be sent to radio, TV and cellphones at 1:55 p-m and will clearly state it is a test. The system is designed to deliver critical and potentially life-saving information about emergencies including floods, landslides, wildfires and Amber Alerts. The test is being done nationally to ensure the system works when it is needed.

Two cougars have been killed by the BC Conservation Service after preying on pets in the Westsyde area of Kamloops. The service says residents have photographed as many as three of the big cats in the area. Conservation Officer Jared Connatty says the two cougars were killed in the same area near the Lac Du Bois Grasslands Provincial Park, on November 4th and 12th. He says the cougars had preyed on chickens, rabbits, ducks and dogs.

The RCMP is warning the public after an attempted abduction of a 17-year-old girl in Langford. They say the girl was leaning into the back seat of her car in the parking lot of Shoppers Drug Mart on Monday when a man shoved her into the car and shut the door. Police say another man tried to get into the driver’s side door but the girl was able to lock the door before he could get in. They say a bystander shouted at the men, who then took off running.

A new integrated community health unit in Vancouver’s Downtown Eastside will be named after a philanthropist and former nurse who once worked in the neighbourhood. Lily Lee donated 3.8 million dollars to the planned facility at 58 West Hastings Street. Once complete, the 10-storey centre will include 231 units of social housing and provide health-care services. Lee says the project was a natural fit and she is really excited.