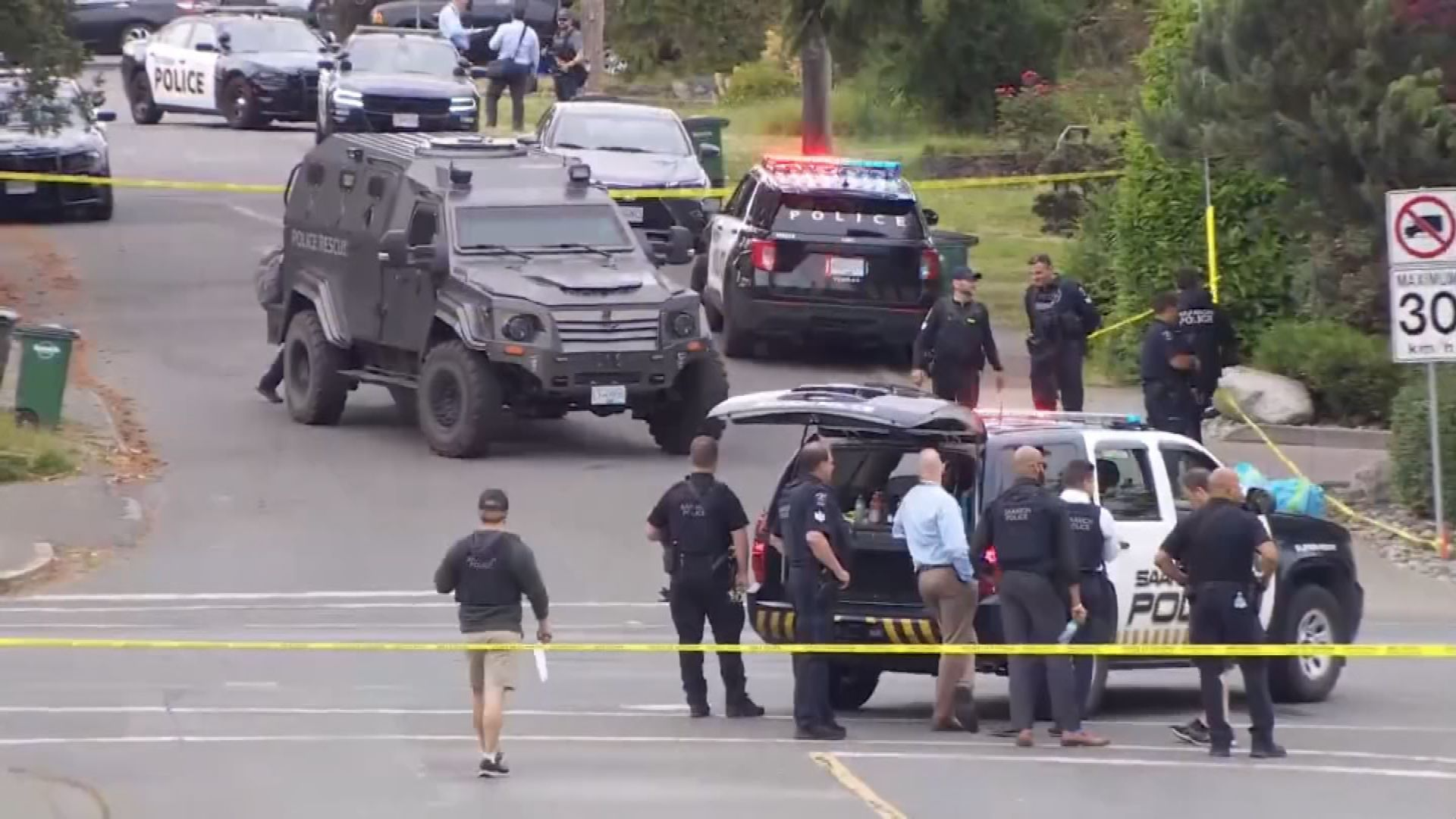 By Jeremy TubbsJanuary 20, 2023News
No Comments

RCMP are to hold a news conference today to release the investigative findings on the BMO Bank of Montreal shooting in Saanich. Twenty-two-year-old twin brothers died last June and six police were wounded, three with life-threatening injuries. An independent review of the shooting released late last year found police fired more than 100 rounds in what was described as a series of “dramatic and violent events.” No charges were laid against the officers, who the review said showed “remarkable courage.”

The City of Campbell River has declared a state of local emergency to help it better deal with landslides that have forced some people from their homes. The city says a temporary evacuation order has been put in place for a condominium complex and there is an evacuation alert for nearby properties, including another condo development, for people to be ready to leave their homes on short notice. The city says a review of the Tuesday landslides highlighted matters in need of further investigation that may pose risks to the surrounding area. At least 30 people remained out of their homes after two small slides on the hill behind the buildings.

An inquest into the death of a man after his arrest by Vancouver police has been scheduled to start on April 17th. Myles Gray died after suffering injuries including a broken eye socket, possible partially dislocated jaw and a voice box fracture, during his arrest in 2015. The Independent Investigations Office forwarded charges to the Crown, which said none of the officers involved would be charged because it could not prove beyond a reasonable doubt that any offence was committed. Inquest juries can make recommendations to prevent deaths under similar circumstances but don’t assign blame.

Data from the BC Centre for Disease Control shows the number of deaths linked to COVID-19 in the province since the beginning of the pandemic has surpassed five-thousand. The same weekly report says trends in new hospital admissions, new critical care admissions, and deaths are either relatively stable or declining. As of Thursday, there were 268 people in the hospital with COVID-19, including 17 in critical care. The centre says within the last four weeks the average number of daily hospital admissions decreased from about 37 to 21 and the number of new critical care admissions remained generally stable, with averages ranging from four to eight daily.

Renovations to convert a former fitness facility in Cranbrook into a 40-bed shelter are expected to be completed by the end of the year. The shelter will be run by Community Connections of Southeast BC. That’s the same organization that runs the community’s temporary shelter. The temporary shelter is expected to close once the renovations on the new building are complete.

Construction has begun on a project that will bring access to high-speed internet to more than 500 B-C households in six Indigenous communities Improvements are coming to the Sqwa (Skwah) First Nation, Cook’s Ferry Indian Band, Squamish Nations and Upper Nicola Band. Minister of Citizens’ Services Lisa Beare says the improvements are part of a commitment to connect every rural, remote and Indigenous community in BC by 2027. Chief Lara Mussell Savage of the Sqwa First Nation says the need for high-speed internet became more prevalent during the pandemic when people required at-home learning or remote working conditions.