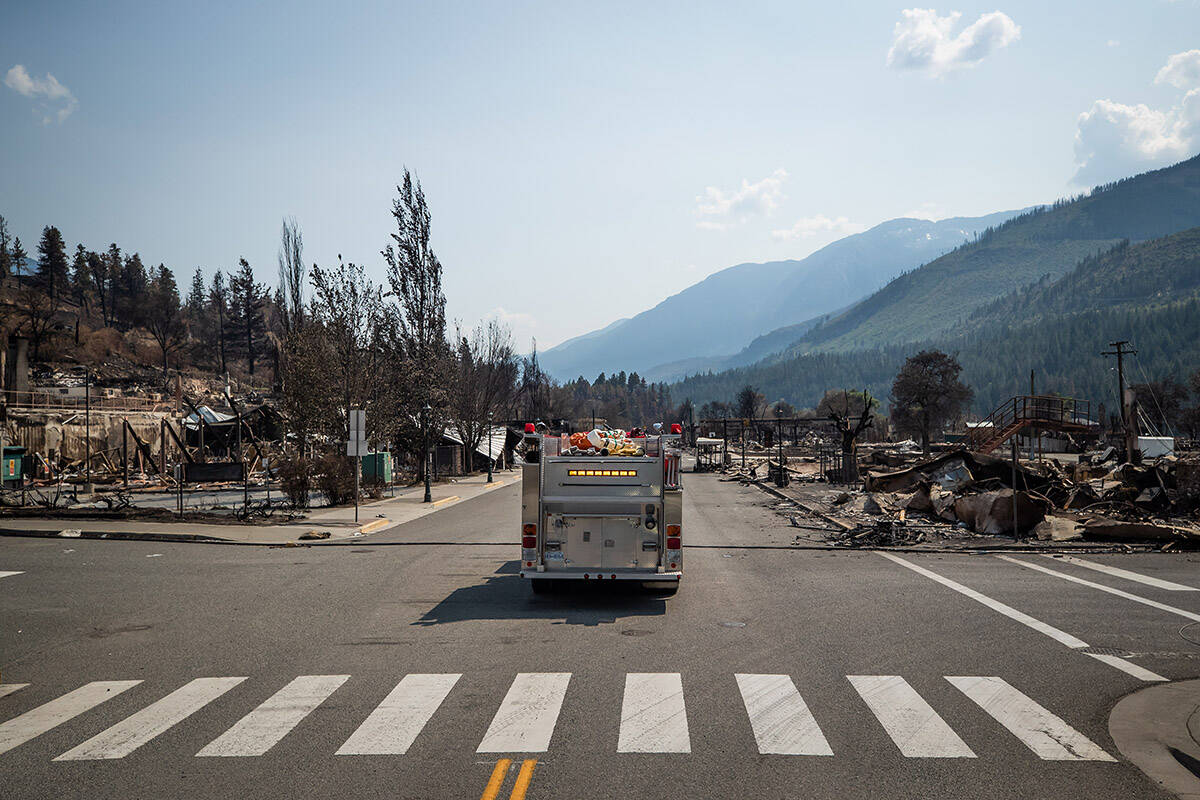 By Jeremy TubbsOctober 28, 2022News
No Comments

BC Hydro crews have been working to restore power to parts of the province. Hydro says 100-thousand customers had no electricity yesterday and that damaged power lines, poles and transformers were repaired to reduce that number to less than 11-thousand by last night, mostly in the Thompson-Shuswap area. The utility says the northern region of the province suffered damage along with two-thousand customers in the Lower Mainland and Sunshine Coast. Repairs to a downed power line closed westbound traffic for part of the day yesterday, but Hydro says emergency services personnel arrived quickly to make the area safe.

Four First Nations are to hold a news conference this morning on their desire to bring the Olympics back to BC in 2030. This, after the province announced it would not support an Indigenous led bid to host the games due to the high cost. The Lilwat, Musqueam, Squamish and Tsleil-Waututh (tuh-SLAY’-wah-tooth) First Nations will be joined by the Canadian Olympic Committee and the Canadian Paralympic Committee to provide what they’re calling an update on the project. Sport Minister Lisa Beare said yesterday that hosting the Games in Vancouver, Whistler and Sun Peaks would cost billions of dollars.

Police in Victoria say a man trying to buy a used PlayStation 5 was robbed of his money at gunpoint. The department says the victim met the supposed seller after responding to an online ad and had a handgun pointed at him. Police say when officers responded to a 911 call, a second person approached officers saying they too had arranged to meet someone selling a used PS5.

The Village of Lytton has passed a bylaw that requires the construction of buildings to comply with standards that would include practical design features to support people with varying abilities. It says SAFERHome standards anticipate the needs of young children to grandparents with features like wider hallways and staircases. Other features would include sinks that can easily be lowered and technology-ready systems for additions like automated door openers. Mayor Jan Polderman says his council wants to rebuild the community where many homes and businesses were destroyed by a wildfire so that everyone regardless of their age or ability would feel welcome.

Eight restaurants in Vancouver have earned a coveted one-star rating from the Michelin Guide, ranging from those offering Chinese, Quebecois to Japanese-Italian fusion delicacies. Twelve “Big Gourmand” eateries have also been recognized for offering good food for good value, and they feature cuisine ranging from Vietnamese, Mexican, Thai to vegetarian. The guide also announced three special awards — for service, a sommelier and exceptional cocktails — as part of a minimum five-year negotiation with the marketing organization Destination Vancouver. Vancouver is the second city in Canada to get the Michelin recognition as part of a century-old system, after a Toronto restaurant was feted in September with a two-star standing for “excellent” cuisine.

The Charlie Lake Fire Department is bringing back a Halloween drive-thru at its firehall after first introducing the event in 2020 when pandemic restrictions were in place. The Peace River Regional District says the spooky festivities have also drawn residents from Fort St. John, and this year the department will be passing out tips on fire safety. The department says door-to-door outreach hasn’t been possible so the drive-thru on Monday night will be a perfect opportunity to educate people on the importance of checking home alarms.