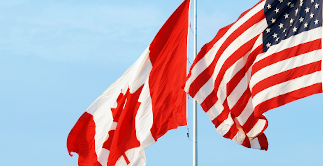 Surrey RCMP found a large quantity of suspected cocaine and opium, over $1000 in cash, two handguns and ammunition and two homes in Whalley and Newton recently – as well items “consistent with drug trafficking”.

You can breathe a sigh of relief if you’re a renter – the province has extended the ban on rent increases and evictions if rent payments aren’t paid until the end of summer.

We have eight new cases of COVID-19 in BC, including one adult at an independent school in the Fraser Health region – Bonnie Henry says no children have been involved.

We have had six straight days now with no deaths – there are 190 active cases in our province.

A 20 year old driver with the N and a lead foot crashed into a tree in Oak Bay nearly killing herself and her three passengers. The car, covered in pro street racing stickers. Luckily no one was injured.

The province will kick in around 180,000 to help keep BC Ferries afloat to 11 minor ferry routes through to September as we carry out B.C.’s restart plan.

Bands are pulling out of our Canada Day event in support of a petition for Surrey to denounce racism. The city has not taken an official stand, but disagrees Surrey is systemically racist, agreeing though that there is room for improvement.

Love will find a way – and that way is Langley’s Zero Avenue for some couples separated by the Canada/US border closure and Peace Arch Park being closed as of 8pm last night.

Two Canadian men that were detained in China in 2018 have now been charged with spying for state secrets.

Watch your step in our parks and fields as they reopen – some people are noticing that dogs have taken over where they are not allowed and owners have not been very responsible in picking up after them!