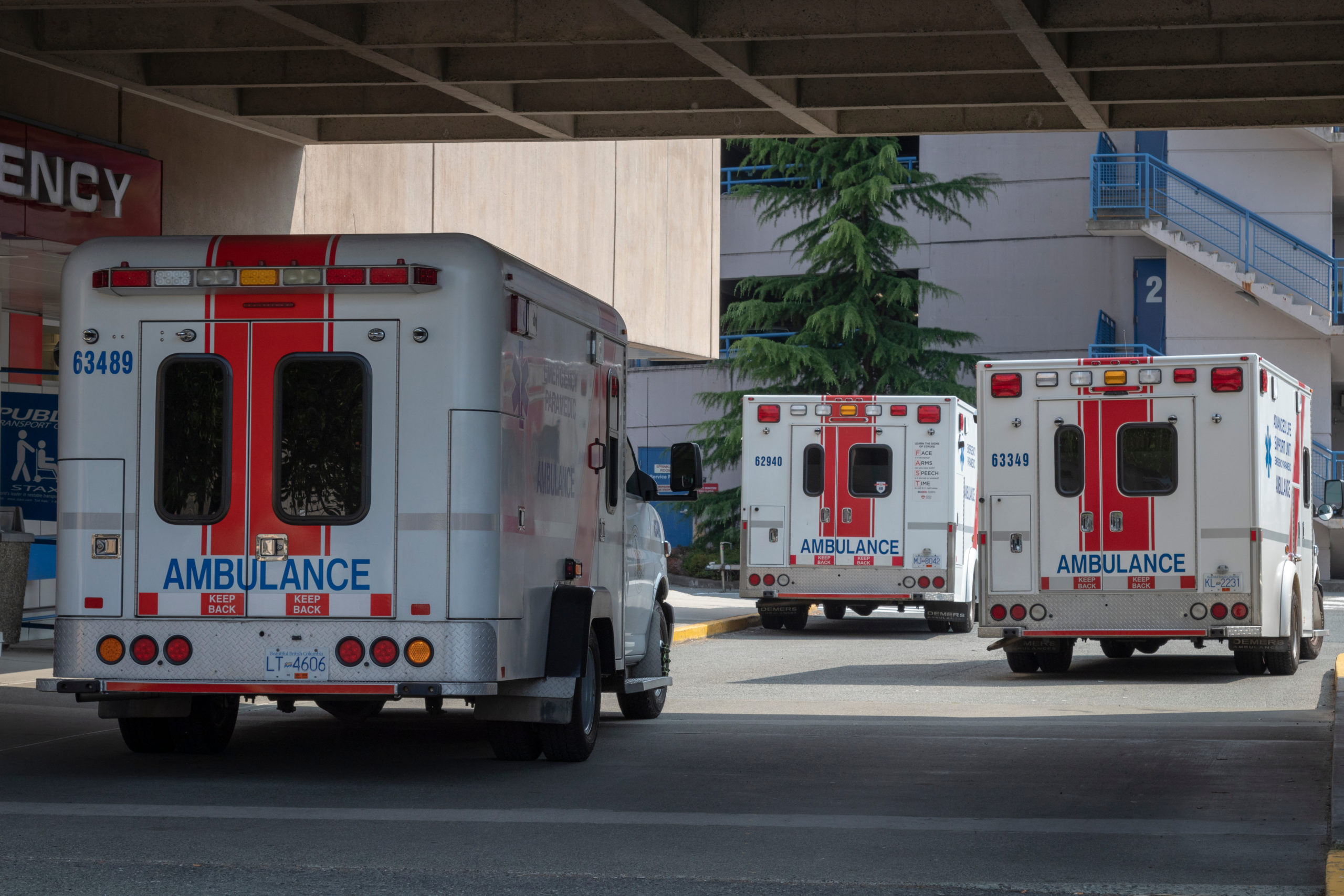 By LeslieAugust 22, 2022News
No Comments

Ten people were hospitalized and two others reportedly died after a driver crashed into a wedding party in West Vancouver this weekend.  B-C Emergency Health Services says 12 units, including 11 ground and one air ambulance, were dispatched to the scene on Keith Road just after 6 p-m Saturday.  It says ten people were hospitalized, two of which are in critical condition and three in serious condition.  The remaining five people were transported in stable condition.  Reports online say a woman driving a vehicle on a shared driveway accelerated forward and crashed into the group of people.

The president of the Ambulance Paramedics of B-C is sounding an alarm around the understaffing of ambulances in the province, saying vehicles in Maple Ridge, the Fraser Valley and Metro Vancouver sat idle over the weekend.  Troy Clifford says in a statement that this showcased a provincewide trend that — quote — “seems to have no end.”  This comes as some emergency rooms in B-C’s interior closed this weekend due to staffing shortages.  This included emergency rooms at Nicola Valley Hospital in Merritt and the South Okanagan General Hospital in Oliver.

Moderna says it will supply Canada with 12 million doses of its Omicron-targeted COVID-19 vaccine.  A supply deal signed last year between the company and the federal government allows for access to new vaccine adaptations. The agreement is dependent on Health Canada’s approval of Moderna’s Omicron booster.  Moderna’s trial data showed that when given as a fourth dose, its variant-adapted booster raised antibodies by eight-fold against Omicron.

Mounties in Surrey are looking into reports of shots fired in Newton last night.  The RCMP was called to the area of 151 Street and 68 Avenue just after 8:30.  Early indications suggest there was a shootout between people in what’s believed to have been a silver SUV and others in a newer model black sedan.  Investigators say they received reports of a car on fire along 83 Avenue a short time after.  The RCMP is looking to speak with anyone who may have more information.

The Crescent Beach Life Guarding Corporation says a drowning man was saved in Surrey last week by an off-duty lifeguard.  It says in a news release that beachgoers saw a man “slowly slapping the water awkwardly and silently coming up for air” shortly after lifeguards had ended their shift Tuesday night.  The corporation says 19-year-old lifeguard, who had been coaching a paddleboard lesson nearby, swam over and began performing C-P-R.  It says firefighters soon arrived and the man was transported to the hospital, where he was released a few days later.

Mounties in Surrey have a warning for people who use escort services.  Police say there have been a number of instances where someone has hired an escort online, met at a pre-arranged location, was drugged, and woke up to find their belongings missing.  Police suggest that when meeting strangers or unknown individuals that take place in private, you should follow several precautions including, not consuming anything provided to you by the other person.  Surrey RCMP is encouraging anyone who has been a victim of a similar incident to contact their police of jurisdiction and make a police report.