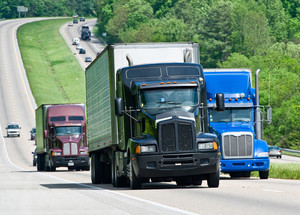 By LeslieJanuary 31, 2022News
No Comments

There are no signs that a convoy of truckers clogging the streets of downtown Ottawa plans on pulling out anytime soon.  The website for Canada Unity, the primary group behind the protest, suggests demonstrators plan to flood shopping centres without their masks on to flout public health rules and throw loud block parties.  One truck driver who arrived Saturday from Alberta believes the demonstrators have the support of local residents.  But many Ottawa residents are already fed up with the congestion, the noise, reports of demonstrators defiling monuments and using lawns as washrooms.

Prime Minister Justin Trudeau has tested positive for COVID-19.  Trudeau has been self-isolating since late last week after one of his children tested positive.  The prime minister says he is feeling fine and sent out a tweet this morning urging everyone to get vaccinated against COVID-19 and get a booster shot.

The City of Surrey’s ethics commissioner could find himself prohibited from investigating any new ethics complaints before the next election, should a bylaw amendment be approved at tonight’s city council meeting. The proposed change to the city’s Council Code of Conduct Bylaw would “suspend the processing and investigation of complaints by the Surrey Ethics Commissioner in the period leading up to the 2022 Local General Election,”  Coun. Jack Hundial, who spearheaded the creation of an ethics commissioner’s office in 2019, called the idea “profoundly troubling.”

A young child, mother and grandfather in East Vancouver have died and a father and grandmother are in hospital after a fire engulfed their home yesterday morning.  About 40 firefighters responded to a second alarm fire on East 41st Ave and Earles Street, where a single-family home was engulfed in flames.  Crews are still investigating what started the fire and whether or not the home’s smoke alarms were working or not.  Officials say based on preliminary findings, it does not appear to indicate anything suspicious.

A king tide is once again expected to hit Vancouver today, despite seawall repairs incomplete and still under assessment.  The Vancouver Park Board has been working to clear debris from the seawall to prevent further damage from occurring this week.  The king tide in early January left huge chunks of broken concrete lining the road usually enjoyed by joggers, cyclists, and other park users.

The chief of a Metro Vancouver First Nation says he’s pleased the regional district has hit pause on plans for a proposed development project in Surrey.  Semiahmoo Chief Harley Chappell says the nation hasn’t been adequately consulted about the proposed expansion of industrial land in Surrey’s South Campbell Heights area, which is located near salmon-bearing streams.  Mayor Doug McCallum, who is an advocate of the proposal, says the area is a former gravel pit that’s been zoned for industrial use for five decades.

Voting is set to begin later this week to choose the B-C Liberal party’s third leader since 2017, after Andrew Wilkinson stepped down when the N-D-P were re-elected with a majority government in 2020. The winner among seven candidates is expected to be announced Saturday evening after a months-long campaign.  Those vying for the leadership include three members of the Liberal caucus, three relative newcomers and a former cabinet minister.

British Columbia health officials announced on Monday that there have been 4,075 new test-positive COVID-19 cases since Friday, bringing the total number of recorded cases in the province to 324,615. There were 1,725 cases discovered between Friday and Saturday, 1,293 between Saturday and Sunday, and 1,057 between Sunday and Monday. In a written statement, Provincial Health Officer Dr. Bonnie Henry and Health Minister Adrian Dix said that there are 27,454 active cases of COVID-19 in the province. Of the active cases, 1,048 (+58) COVID-positive individuals are currently hospitalized, and 138 (-3) are in intensive care. The remaining people are recovering at home in self-isolation.

There have been 19 new COVID-19-related deaths in British Columbia, for a total of 2,616 deaths in the province.

The crowds have thinned considerably on Parliament Hill. However, a few hundred people remain, saying they will stay until all COVID restrictions are lifted. That includes vaccine passports and gathering limits, which are controlled by the provinces, not Ottawa. Criminal investigations are ongoing after some highly criticized incidents that occurred over the weekend

Prime Minister Justin Trudeau is feeling well and has no symptoms after testing positive for COVID-19 today. Trudeau has been in isolation since Thursday after one of his children tested positive for COVID-19. Today he said another of his three kids has also tested positive. Wife Sophie Gregoire had COVID way back at the beginning of the pandemic. Trudeau says he will continue to work remotely all week.

Vancouver fire officials say one person has died following an early morning blaze in a highrise apartment building. Vancouver Fire Rescue tells Global News that another person was also rushed to hospital after the fire broke out on the fourth floor just before 7 a.m. but their condition is unknown. Firefighters say they were able to contain the fire to one suite and they are working to determine the cause. It’s the second fatal blaze in the city in two days after a child, mother and grandfather also died in a house fire yesterday morning.

R-C-M-P say two men who were seriously injured in a shooting that’s believed to be linked to gang conflict in B-C’s Lower Mainland are now in stable condition. They say one of the men had an outstanding warrant and is in custody. Officers responded to a report of shots fired around 6:45 p-m Friday in Surrey’s Newton area and police say the suspects are thought to have fled in a vehicle. Mounties say they believe a burned vehicle found in nearby Delta is connected to the shooting that appears linked to the drug trade.

Prime Minister Justin Trudeau says he will not meet with truck protesters nor will be bow to the intimidation tactics by organizers. He says some protesters have gone beyond calling for an end to government-imposed vaccine mandates and instead ended up harassing local businesses, waving Nazi flags and stealing food from the homeless. Trudeau says while “freedom of expression, assembly and association are cornerstones of democracy — racist imagery and the desecration of war memorials are not. He calls it an insult to memory and truth. Some Conservative politicians are accusing Trudeau of dividing Canadians by rejecting any contact with the truckers.

PlayStation-maker Sony is escalating its competition with Xbox-maker Microsoft. It is buying the video game studio behind one of Xbox’s hit games. Sony Interactive Entertainment will would spend 3.6-billion dollars to buy Bungie, an independent game publisher based in Bellevue, Washington.