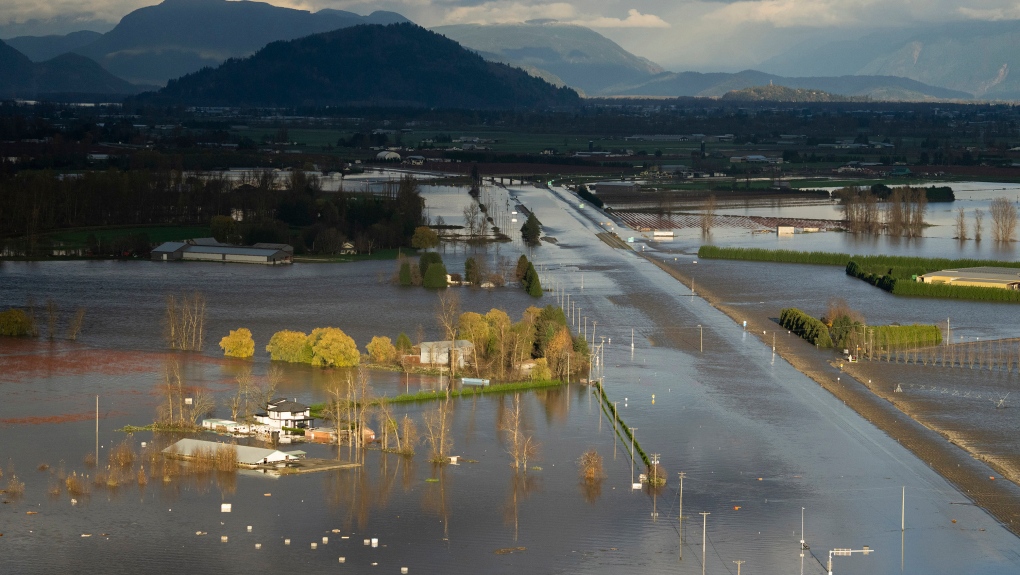 By Jeremy TubbsNovember 14, 2022News
No Comments

Climate experts are warning that British Columbia can expect more frequent atmospheric river weather storms one year after record rains caused devastating floods and landslides. University of Victoria climate scientist Francis Zwiers says a recent study has concluded human-induced climate change hasincreased the probability of an event like the November 2021 storm by up to fifty per cent. More than 200 millimetres of rain drenched parts of BC in about 48 hours last November, triggering a disaster that killed five people and caused 675-million dollars in insured losses. The rains broke dikes and inundated farmland, cut major highways and railways and forced thousands to flee.

Voting is underway by members of the BC Liberal Party on a party name change. Party members are voting to support a proposed name change to BC United, with results expected Wednesday. Party members voted strongly in favour of considering a name change last June at their convention. Liberal Leader Kevin Falcon pledged to make a name change one of his promises during his leadership campaign earlier this year.

Vancouver Police say an investigation is underway after a 74-year-old woman was threatened with a knife in the city’s Strathcona neighbourhood. Police say the woman was walking to a bus stop Friday evening when she was shoved to the ground by a male who held a knife and demanded money. They say the woman began to scream and the suspect fled without getting any money. Investigators say the suspect is a male in his early teens or 20s, with a medium build and was wearing a grey hoodie.

BC’s independent police watchdog is investigating a police-involved shooting incident in North Vancouver that resulted in the death of a woman. The Independent Investigations Office says the RCMP reports it responded to a call Saturday evening of a woman who allegedly attempted to harm another person with a weapon in North Vancouver. The IIO says in a statement officers were able to locate the woman and initial attempts to take her into custody were not successful, after which a confrontation occurred that led to an officer firing their weapon. The IIO investigates all officer-related incidents that result in serious harm or death, whether or not there is any allegation of wrongdoing.

A solo adventurer who embarked on a 20-thousand kilometer walk from coast-to-coast-to coast across Canada completed her five-and-a-half year trek in Victoria. Melanie Vogel took off her hiking boots and did a dance in the chilly Pacific Ocean waters at Clover Point. She was cheered on by about 200 people who gathered to watch the 47-year-old German become the first woman solo hiker to walk Canada’s Trans Canada Trail from the Atlantic, Arctic and Pacific coasts. Vogel estimates she went through 15 pairs of hiking boots on the journey that took 26 million steps to complete.