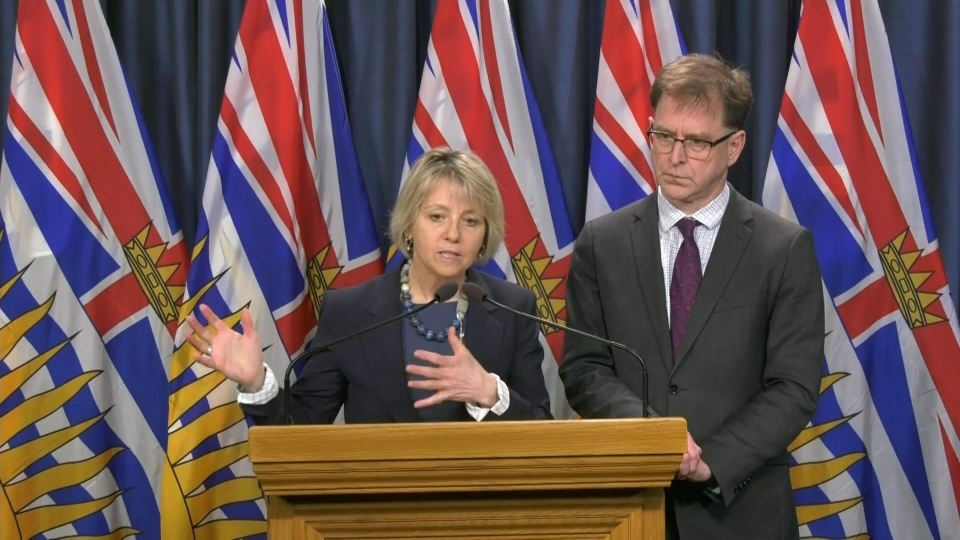 A Surrey Police Service officer is recovering after being stabbed multiple times while on duty last night  It happened shortly after 6 near 123rd and 99A Ave.  Officers were responding to a report of a woman yelling, screaming and throwing things around inside a home. During the course of the investigation, the woman apparently attempted to flee that’s when the officer was stabbed.  They were treated for serious but non-life threatening injuries.

The Province is expected to announce today the loosening of some COVID-19 public health restrictions.  Health Minister Adrian Dix hasn’t given any details, saying only that the government would follow guidance from provincial health officer Dr. Bonnie Henry and make decisions based on the evidence.  Alberta, Saskatchewan and Ontario have recently lifted pandemic restrictions or have announced specific plans to do so.  Ontario yesterday announced it will lift most masking mandates on March 21st.

If you can hold off on filling up your vehicle for a day or so, you may catch a break.  Some analysts say Canadian cities could see prices drop as early as Friday. In Metro Vancouver, the decrease could be as much as 14 cents a litre.  Right now, the price has ranged between $2.059 to $2.149 in the region.

The Surrey Board of Trade is calling on the province to consider easing painful gas prices.  The board says the spike in fees in addition to the ongoing pandemic and general rising cost of living are making things difficult for businesses.  The Board says there is a need for the province to work with gas companies in an effort to protect consumers from ever-increasing costs.  It believes the B-C government can do more to help consumers.

Today’s meeting in Turkey between the foreign ministers of Russia and Ukraine failed to yield much common ground.  In their highest-level talks since the war began, Ukraine says the two sides discussed a 24-hour cease-fire but did not make progress.  They say Russia is still seeking surrender from Ukraine, and it won’t get that.  Russia meanwhile dismissed concerns about civilian casualties as –quote — “pathetic shrieks” from Russia’s enemies.

The B-C Nurses’ Union is sounding the alarm about a shortage of nurses working in intensive care.  While the province recently increased spaces for training new nurses, the union says more could be done in the interim.  The Union says while the pressure and workload on all nurses is “horrible” right now, specialized areas like the intensive care unit have been hit especially hard during the pandemic.  It says the nursing shortage pre-dates the pandemic, but COVID-19 has put more pressure on an already strained system.

B-C’s poison information centre and the Fraser Health authority are warning the public not to consume Wing Hing brand sand ginger powder after two people were hospitalized last month.  Fraser Health says the product sold at the Crystal Mall in Burnaby may contain powder from the plant monkshood, a poisonous toxin that can cause nausea, vomiting, dizziness, weakness, irregular heart contractions and sometimes death….Fraser Health says an investigation began after two people were admitted to hospital with heart irregularities after ingesting the product in February.  Both patients have recovered, the remaining product was seized from the mall and it has been verified that the store is not at fault.

British Columbians will no longer be required to wear masks in public indoor spaces, starting Friday (March 11), the province has announced. In a news conference Thursday, provincial health officer Dr. Bonnie Henry and Health Minister Adrian Dix also confirmed that the B.C. vaccine card program will be coming to an end on April 8. “Some settings will still require you wear a mask like health-care settings, doctors’ offices and patient contact areas,” Henry said.

Prime Minister Justin Trudeau says Canada will help to ensure Russian President Vladimir Putin faces justice for war crimes committed during the invasion of Ukraine. Trudeau spoke in Poland, a day after a Russian attack on a maternity hospital in the Ukranian port city of Mariupol Trudeau is committing more money to address the humanitarian crisis in Ukraine, saying his government will match donations to the Canadian Red Cross up to 30-million dollars.