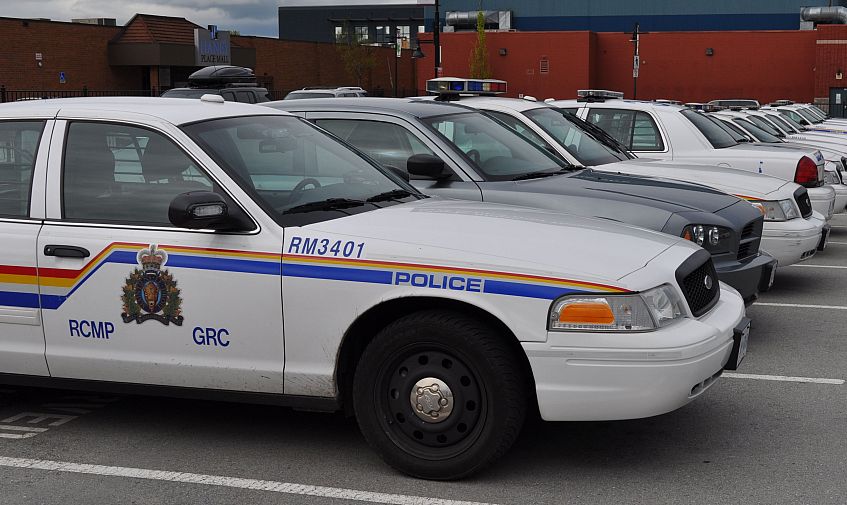 By Jeremy TubbsAugust 30, 2022News
No Comments

The BC Prosecution Service says charges have been approved against an RCMP officer with the provincial highway patrol in connection with an off-duty incident on July 1st in Williams Lake. It says Constable Olavo Castro faces one count of occupying a vehicle knowing there was a restricted firearm and one count of unauthorized possession of a loaded, restricted firearm in a motor vehicle. Castro’s first appearance in provincial court is scheduled for October 5th. The prosecution service says it will not be releasing any more information on the case because it is now before the court.

BC Hydro has committed to reimbursing the District of Hudson’s Hope for costs incurred during the failure of a water treatment plant, which broke down last month. The utility says it will pay up to half a million dollars the district spent on bottled water for residents, as well as for equipment, external experts to repair the plant, and for water that was hauled in to recharge the reservoir. The district is the owner of the water treatment plant but BC Hydro has provided five-million dollars to build the system. Hydro says in a statement that early in the Site C project, it committed to mitigating the effects of the dam and reservoir on the community infrastructure by providing funding to the district so it could replace the water treatment system.

The federal environment minister has announced nearly 30-million dollars in funding for over 80 chapters of an Indigenous group across the country involved in nature conservation, including in northern BC, Yukon and the Northwest Territories. The Indigenous Guardians program involves management of protected areas, monitoring of animals and plants and testing water quality using traditional knowledge and science to help protect lands, waters and ice. Environment Minister Steven Guilbeault says the twin crises of climate change and biodiversity loss are taking place across Canada, and the funding, which comes from already-announced cash in last year’s federal budget, would also benefit species at risk, including boreal caribou. He says programs like Indigenous Guardians are crucial to protecting ecosystems and cultures for future generations.

The Yukon government is advising residents near the Mary Lake area of Whitehorse that smoke will be visible today due to a test burn to determine if conditions are right for another prescribed fire tomorrow and Thursday. It says in a release that crews will use prescribed fire to remove slash left over from last year’s fuel reduction work to make a fuel break in the subdivision more effective and to create good growing conditions for aspen trees that will be planted there next year. Public access will be limited to the area while Wildland Fire Management vehicles and staff are present. The fuel break is aimed at reducing the risk of catastrophic wildfire to Whitehorse and the surrounding subdivisions.

Heat warnings have been issued for parts of BC’s south coast this week, covering the southern Fraser Canyon including Lytton, the Sunshine Coast, inland Vancouver Island and Howe Sound. Environment Canada says Lytton area is forecast to get the highest temperatures, with up to 35 Celsius during the day, with early-morning lows of 18 degrees. The agency warns that a ridge of high pressure will bring a late-season heat wave and the mercury is expected to peak between Wednesday and Friday. Metro Vancouver appears set to miss the brunt of the heat, with forecast highs in Vancouver and Surrey of just 25 degrees.

At least six of eight council seats, plus the mayor’s chair in Victoria, will be vacant, now that another municipal politician won’t be seeking re-election this fall. Councilor Jeremy Loveday says he won’t be running for a third term on October 15th because a “significant turnover” on council has become clear. Mayor Lisa Helps had already made it clear she would not helm city council for a term, and two other councilors who were first elected in 1983 have said they won’t be seeking votes this time around. Long-term Councilor Marianne Alto and newcomer Councilor Stephen Andrew are both vying for the mayor’s job, meaning at least one of them won’t be at the council table in mid-October, leaving at least six of the seats empty.