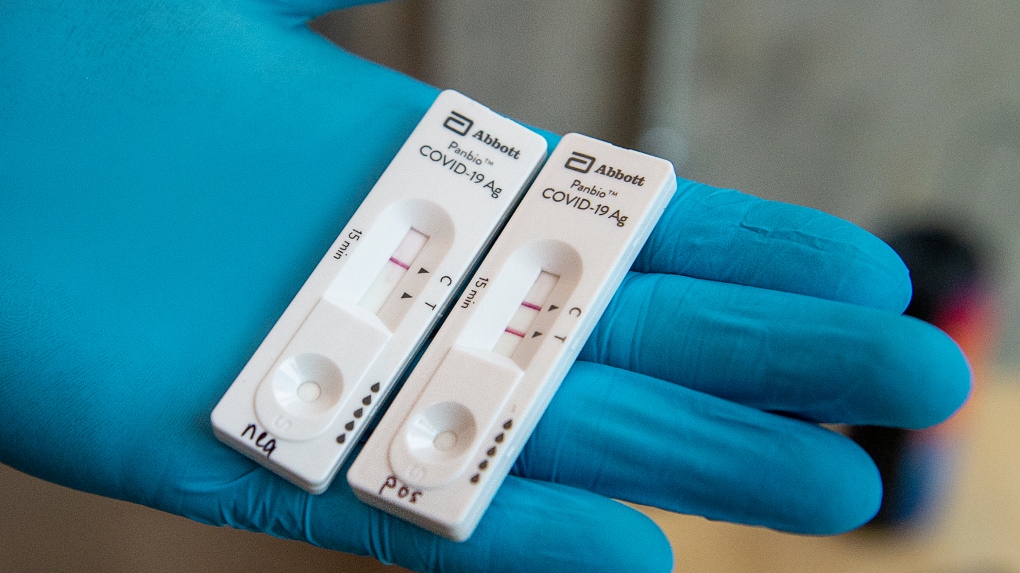 By ScooterFebruary 22, 2022General
No Comments

Starting today, all kindergarten to Grade 12 students in B.C. will be offered a box of free rapid covid tests to take home for use by their families.  Those families with more than one student in public school will receive more tests, so if you have 3 kids in school, you’ll receive 3 boxes, or 15 tests. Each school will decide how to distribute the test kits once they get their shipment from the province. Some may send them home with students, others may ask a parent to pick them up. Distribution will start in more rural areas of the province, while more urban areas may not get their tests until next week. After students, seniors are next in line to get free access to rapid test kits. Details on the plan to distribute them at community pharmacies will be announced at the province’s weekly COVID-19 news conference on Wednesday.

Delta police say they are investigating a report of a sexual assault that it says happened Saturday night around 9:30, at Diefenbaker Park. It says the suspect attempted to pull the victim towards his vehicle, but they were able to free themselves. Police say the suspect is described as a 5-foot-11 Caucasian man between 30 to 40 years old, with brown facial hair and medium build, wearing a black hoodie, black sweatpants and black shoes, and was driving a black sedan with a male passenger. They say there have not been any similar reports made, but the investigation is ongoing.

BC’s Finance Minister says the provincial budget will include a significant funding shift. Selina Robinson says making sure communities have the resources they need to deal with the effects of climate change will be a main focus. She says the government plans to introduce a year-round B-C Wildfire Service dedicated to full-time fire prevention, preparedness, response and recovery. Robinson is set to present the 2022 provincial budget this afternoon.

Prime Minister Justin Trudeau says his government is worried blockades will reform in Ottawa and at Canada’s ports of entry, which is why the Emergencies Act needed to be invoked last week to clear the three-week occupation by demonstrators in the capital. The House of Commons passed a motion to confirm the declaration of emergency powers last night, though the Conservatives and Bloc Quebecois voted against it. Public Safety Minister Marco Mendicino said a number of people associated with the protest were still in the Ottawa area. Last evening’s vote will keep the measures in place until mid-March at the latest. New Democrat Leader Jagmeet Singh is taking a lot of heat from the Conservatives and from former party member Svend Robinson for his support of the act. But Singh says it was needed because all three levels of government had failed to take the threat posed by the protest convoy seriously until it was too late.

Western leaders are moving quickly to impose sanctions on Russia in response to President Vladimir Putin recognizing the independence of two rebel-held areas in eastern Ukraine. That opened the door for Putin to formalize his hold on the regions and send forces in, though Ukraine and its Western allies have long charged Russian troops have been fighting there for years. Prime Minister Justin Trudeau says Russia’s unacceptable actions threaten peace in Europe and around the world _ and they will not be tolerated.

This year’s Winter Olympics are not getting a gold medal for ratings. Not a whole lot of people were watching this year’s games in Beijing. It was N-B-C-Universal’s least watched Winter Games ever, with an average of 11.4 million viewers across all platforms during prime-time — down 42 per cent from 2018. Compared to last year’s Summer games, that’s down 26 per cent.

Ottawa’s main downtown mall was evacuated today, just hours after it was able to re-open after the weeks-long truck protest. Ottawa police tweeted and then deleted a statement saying they were responding to a shoplifting call with a possible weapon and one person had been arrested. They later tweeted only that one person was in custody and that a police operation was still underway. The mall is a few hundred metres east of the Parliament Buildings, and was closed when hundreds of demonstrators descended on the city protesting COVID-19 restrictions.

Surrey Mayor Doug McCallum’s next court appearance on his public mischief charge is set for March 8, after a two-minute hearing in Surrey provincial court on Tuesday morning. “We’ve had some discussions, disclosure is ongoing, a bulk of the disclosure has been made,” Special Crown prosecutor Richard Fowler told the judge. The defence requested that the case be put over to March 8. “I don’t object to that,” Fowler told the court. Defence lawyer Lee Vandergust appeared on behalf of McCallum and his counsel Richard Peck, QC. “We recently received additional disclosure of materials as of last week and we are still awaiting further documents,” she told the court. McCallum is charged with one count of public mischief contrary to Section 140(2) of the Criminal Code, stemming from an encounter last September between himself and a group that was gathering petition signatures outside the South Point Save-On-Foods store in South Surrey for a referendum on the policing transition. The mayor claimed a car ran over his foot.