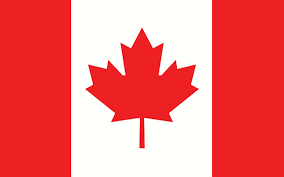 By LeslieJanuary 12, 2021News
No Comments

COVID-19 vaccines have been trickling into B.C. and the pace isn’t expected to pick up for at least two months, says the provincial health officer. While the plan remains to protect as many people as possible against COVID-19, supply issues are slowing down the process with limited doses until March and reaching community or herd immunity is still months and months away. During Monday’s COVID-19 briefing, Dr. Bonnie Henry predicted the province’s stock of the Pfizer vaccine would run out by day’s end, and she said the next shipment is expected this week. She admitted nearly half of the 20,500 Moderna vaccines the province has are in fridges. Because those vaccines are better suited to more remote and isolated areas, including First Nations, those doses are being set aside for them. Yesterday doctor bonnie henry announced 1475 new cases of Covid-19 in BC from over the weekend as well as 22 more deaths, for a total of 1,010 deaths in the province

B-C’s top doctor says the government’s decision to allow for a 35-day gap between the first and second dose of the COVID-19 vaccine is rooted in science. Doctor Bonnie Henry says the government’s decision to delay the second shot is about maximizing the vaccines’ distribution, while balancing the supply and making sure the province has a safe and effective immunization program. She says the decision was made after reviewing the scientific evidence not just in B-C, but nationally and internationally in consultation with the immunization experts. Henry says the first dose primes the immune system, while the second shot gives it a boost and waiting between jabs allows the body to build up that immunity.  BC reported 1475 new cases and 22 new deaths in bc over the weekend

She went on to say  70 per cent herd immunity can help prevent transmission in most cases. Although it may not prevent some super-spreader events, it could be enough to stop widespread
community transmission. Her comments come as the number of active cases in B-C has dipped to five-thousand-220 and nearly sixty-thousand people had been vaccinated against COVID-19 as of Sunday. The province recorded 22 more deaths over a three-day period, bring the total to one-thousand and ten.

Canada has secured an additional 20 million doses of Pfizer’s COVID-19 vaccine, Prime Minister Trudeau said This morning. Speaking in front of Rideau Cottage in Ottawa, the prime minister said today’s announcement means Canada will get 80 million doses of COVID-19 vaccines this year in a combination of Moderna and Pfizer shots, including enough doses to vaccine 20 million Canadians between mid-April and June. The prime minister reaffirmed his promise that every Canadian who wants a COVID vaccine will be able get one by September. By March, Trudeau said that there are enough doses of both vaccines to fully vaccinate three million people. Trudeau also announced that the U.S.-Canada border closure, in place since March last year, will be extended until Feb. 21.

This morning’s federal cabinet shuffle is one for the history books. It was the first virtual swearing-in ceremony in Canadian history. Francois-Philippe Champagne has left Global Affairs for
Innovation, Science and Technology after Navdeep Bains announced he is going to leave politics. Marc Garneau moves from Transport to Champagne’s old job and Toronto-area M-P Omar Alghabra takes over the Transport portfolio. Jim Carr is returning to cabinet as a minister without portfolio and special representative to the Prairies after a battle with blood cancer that forced him to step down as international trade diversification minister in October of 2019.
The U-S House of Representatives is reconvening at the Capitol today to approve a resolution calling on Vice-President Mike Pence to invoke constitutional authority to remove the president. Pence is not expected to do that, and the House will next move swiftly to impeach Donald Trump, who left the White House this morning for Alamo, Texas. Trump told reporters his remarks to his supporters were — quote — “totally appropriate” last Wednesday, but added he wants no violence.
Share Tweet Share Pin