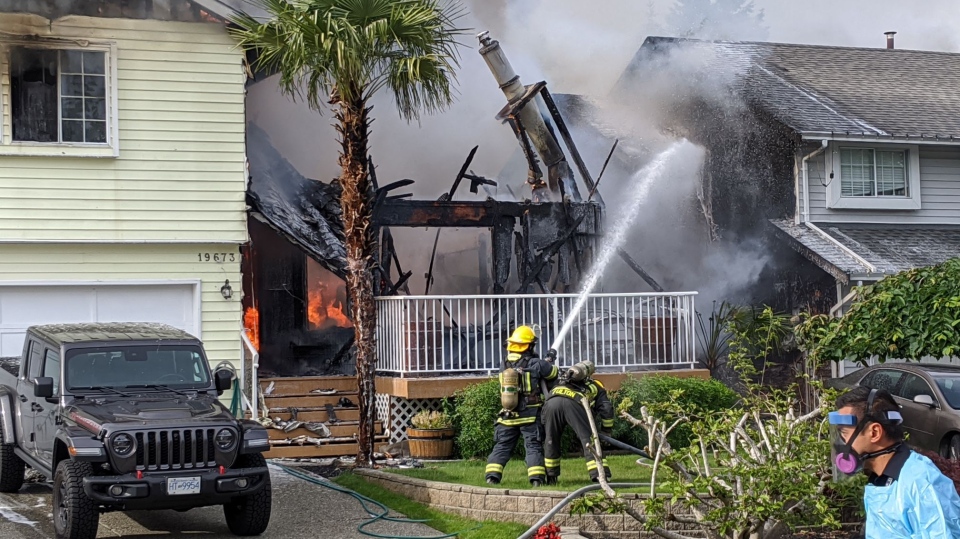 If you are friends with Surrey resident Trevor McKay – your life could be in danger.
That’s the message from Surrey RCMP who say McKay was shot over the weekend and it isn’t the first time the 29 year olds been targeted – a person or persons attempting to murder him back in 2015 due to drug ties.

Anyone with information on this past weekend’s shooting is asked to contact Surrey RCMP – a photo of McKay can be found at pulsefm.ca

Surrey’s made history – being the first city in BC to hire an ethics commissioner to oversee city council and make sure it’s being run in an open, transparent manner – aka the kids are getting along.
Councillor Linda Annis says it couldn’t come at a better time.
“Unfortunately in Surrey we’ve had a very fractured council and I just hope through his good work he’ll be able to have us working together a little more effectively.”
Vancouver lawyer Reece Daring the man officially appointed to the job.

The Liberals are calling on the province to get rid of all sales tax – leader Andrew Wilkinson saying it would “instantly put everything on sale, and help boost small business sales.

A doctor trying to come up with a COVID-19 vaccine says it’s ‘naive’ to think a vaccine will be ready anytime next year – arguing it will likely take years to fully understand the virus and the best approach to attack it.

A Coquitlam  church youth therapist has been charged with six counts of sexual assault – some of them against young boys.
75 year old Raymond Gaglardi practiced in the church in the late 90s – early 2000s – police now asking any more possible victims to come forward.

Might want to stock up on mosquito spray – more mosquitos have been seen buzzing around Metro Vancouver- fluctuating levels in the Fraser River to blame and just generally the wetter than usual start to summer.

Canada’s border will most likely be closed until the end of summer – the surge in covid-19 cases in the states giving little hope it will open before them.

An autopsy’s confirmed former glee star Naya Rivera died from an accidental drowning – the star showing no signs of traumatic injury that may have contributed to her death – drugs or alcohol also not playing a part.

Good ol’ technology!
Surrey residents weren’t able to watch Monday night’s online council meeting due to technical issues – but you should be able to watch it by Tuesday!

New numbers show 63% of Surrey residents have paid their property taxes – which is lower than last year – however the city feels the people who haven’t paid their bill yet will – they’re just taking advantage of the extended deadline.
The city’s expected to release its  second quarter financial numbers in August – quite the push-back when for the last three years it’s been released in July.

Parking problems it is! Despite having parking issues the last 20 years – barely half of the East Clayton community participated in a queuing street pilot project questionnaire that could potentially add almost 20 new parking spaces to the area – Councillor Guerra saying “if the residents don’t want it, then it’s a Catch 22, we don’t engage into pilots unless the numbers are a lot higher”.

A temporary 40-unit modular supportive housing building is set to go up at 80th Avenue and King George Boulevard. The project was passed at Monday night’s council meeting with no public hearing – the building expected to operate for three years with a possibly three year extension.

Councillor Brenda Locke raised a notice of motion at Monday night’s council meeting that council acknowledge systemic racism exists in Surrey and to come up with a plan to address it by requesting that the Social Equity and Diversity Committee work together with staff to create a task force to address the issue by October.

We should get a financial update today here in BC – letting us know how the pandemic has affected residents, businesses and outline the supports the province will continue to provide.

“Let’s Talk Delta” is the new online community engagement platform the City of Delta created so that residents can share feedback and stay up to date with initiative and projects  in their community – to check it out: www.letstalk.delta.ca

Raj Arneja –  Surrey woman and mother has written and published her first book “ A Mothers Love” about her life and adopting her two children from India in the 1990’s. She quoted “ It’s not a how-to book about adoption, it is a celebration of motherhood through adoption.” Get your own copy at Amazon.ca

If you shop at the Lansdowne Center in Richmond an individual has been in contact with someone confirmed of COVID – 19. There are no suspected cases at the center right now and they are working with the parties to confirm more details – there is currently no risk to the building’s occupants.