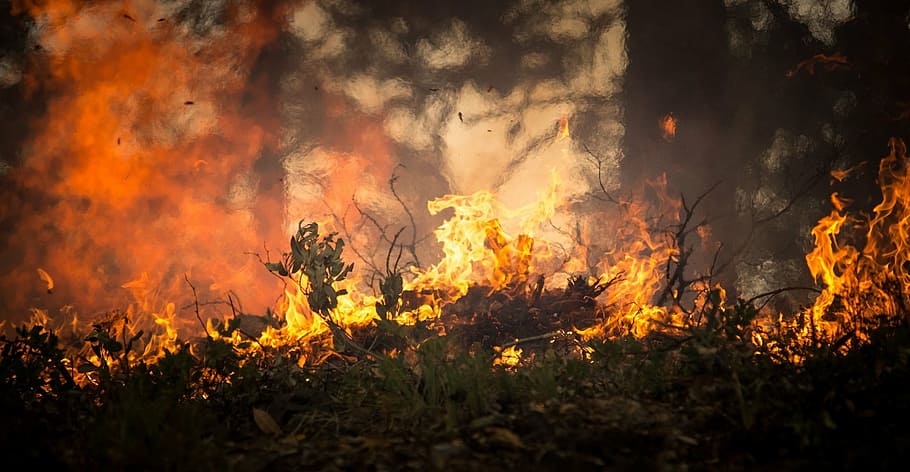 By JaclynJuly 6, 2021News
No Comments
The Thompson-Nicola Regional District says it’s planning a bus tour for evacuees from Lytton, B-C, to survey the damage. Debbie Sell of the district’s emergency operations center says a date has not been set because it’s still to dangerous to enter the village. But she says everything is ready to go and when it is safe to do so, residents will be invited to take part. Lytton was almost entirely destroyed by a wildfire that ripped through the village after three days of record-breaking heat.
B-C’s police watchdog is investigating the death of man being held at the R-C-M-P detachment in Surrey. The Independent Investigations Office says the man was arrested on Canada Day following what is described as an “incident” at business. They say he was lodged in a cell where he was found to be in medical distress the next day and was pronounced dead shortly after Emergency Health Services arrived. The I-I-O says it has begun an investigation to determine whether police actions or inaction may have played a role in the death.
Environment Canada has forecast severe thunderstorms for several areas in B-C’s southern Interior, adding to the fire danger in the province. It says conditions are favorable for very strong winds, large hail and heavy rain in at least eight regions in province. A dangerous heat wave adds to the weather woes in several locations, including the Fraser Canyon, where the community of Lytton was wiped out by fire last week after setting record temperature highs. Air quality is a problem in many of those same areas with wildfire smoke predicted to hang over the same regions for the next few days”

B.C.’s gang conflict has flared up once again in Metro Vancouver. Residents in Surrey’s Fleetwood area say they heard shots fired Monday in their neighborhood around 9 p.m. along 83 Avenue near 156 Street. Surrey RCMP say a home and a vehicle were hit with bullets, but there are no reports anyone was shot. RCMP say the occupants of the home that was targeted are known to police, and have ties to the ongoing gang conflict. RCMP did not provide details on any suspects. A car left the scene shortly after the shooting, and RCMP say it was later found on fire near the Surrey-Langley border. B.C.’s ongoing violence has spread outside the Lower Mainland in recent months, and more than 20 people killed this year. Many of the shootings have taken place in public spaces, including the Vancouver International Airport, restaurants, and playgrounds. Anyone with information is urged to contact Surrey RCMP.

Nearly 100 out-of-province wildfire specialists arrived in B-C yesterday to help control numerous devastating blazes. Teams from Ontario and New Brunswick will be checked for COVID-19
before being assigned to any of the almost 200 active fires that have charred large areas of the province. Evacuation orders are posted for five of those blazes, including the one that destroyed most of the Village of Lytton (LIHT’-en) last week, killing two people — but the wildfire service says that fire didn’t grow much over the weekend. The non-profit agency that co-ordinates interprovincial and federal aid for wildfires in this country predicts more fires will be sparked every day for the next three days as conditions remain hot and dry.

B-C health officials are reporting COVID-19 outbreaks in five independent and assisted living care homes in the province. They say four of the outbreaks are in the Fraser Health region while one is in Northern Health. The province recorded 87 new cases of COVID-19 over a three-day period, bringing the total infections to 147-thousand, 790. They also reported three COVID-19-related fatalities.

The City of Surrey has reopened a number of its indoor pools, but still has no set date for when the balance of such facilities will resume operations. In a July 2 email responding to Peace Arch News inquiries about the South Surrey Indoor Pool (14655 17 Ave.) – a location popular amongst local seniors, in particular – community and recreation services manager Jeff Holland said now that the province has moved into Step 3 of BC’s Restart Plan, “we are currently reviewing the opening of the remainder of our indoor pools in Surrey and will have a timeline in the coming weeks.”

Fraser Health is warning a group of people who handled an injured bat on Saturday evening could be at risk for rabies. The health authority says it received a report that nine people were seen handling an injured bat on the floating dock portion of the park at White Pine Beach on Sasamat Lake in Belcarra Regional Park. As a precaution, Fraser Health says anyone who touched the bat should head immediately to the nearest hospital emergency room to be assessed for possible rabies exposure. In B-C, the only “natural reservoir” for rabies is in bats, and while the disease is preventable in humans with a vaccine, treatment needs to be administered as soon as possible after a person is Exposed.

Transportation Minister Omar Alghabra says the government is looking to engage with Indigenous groups and the private sector about building a long-awaited high-frequency rail line on the Toronto-to-Quebec City corridor. He says it could cost up to 12-billion-dollars depending on the length of the building process. Alghabra said the new line will run on electricity and would aim to bring Via Rail’s on-time arrival performance from the current 65 per cent to 95 per cent.

The B-C Wildfire Service says about three dozen small wildfires were sparked by a series of thunderstorms that swept over several parts of the province. It says on its website that at least 24 are believed to have been caused by lightning, two are blamed on human activity and the cause of the rest is undetermined. More than 200 wildfires are burning across the province including 13 that are either highly visible or pose a risk to humans and property in the Cariboo, Kamloops and Prince George fire centres. An evacuation order remains in place for Lytton due to a fire that destroyed most of the village last week and has now charred 77 square kilometres.

B-C is reporting 46 new cases of COVID-19 today and no additional deaths. The province currently has 602 active cases of COVID-19 with 87 people in hospital, including 22 in intensive care. Officials say more than 5.3-million doses of COVID-19 vaccines have now been delivered in B-C. More than 78 per cent of residents aged 12 and up have received at least one dose and 37 per cent are fully immunized.

One popular music venue at the Calgary Stampede will require proof of COVID-19 vaccination to enter. Organizers say guests will need to show proof of vaccination or take a free rapid COVID-19 test to enter Nashville North. The 10-day cowboy festival starts Friday. Other safety measures will include cutting daily attendance in half, sanitation stations for the public and enhanced cleaning throughout the grounds. A public health physician who is working as an adviser to the Stampede says he’s certain the event can be held safely.

Here’s some good news for breakfast lovers in Fraser Valley: popular all-day brunch spot OEB Breakfast Co. has plans for a new location in the area. The Calgary-based brand opened its first BC location in Vancouver’s Yaletown neighbourhood back in spring 2019 before opening its recently opened outpost at The Amazing Brentwood in Burnaby. Now, a new OEB location will be opening at Willowbrook Shopping Centre’s all-new entertainment area development, The Courtyard. The Langley shopping destination says it plans to break ground on this new development this month, and it’s slated to open in summer 2022. Other confirmed eateries opening at The Courtyard include AO Ramen, Chachi’s, Good Taco, and Trattoria Italian Kitchen.