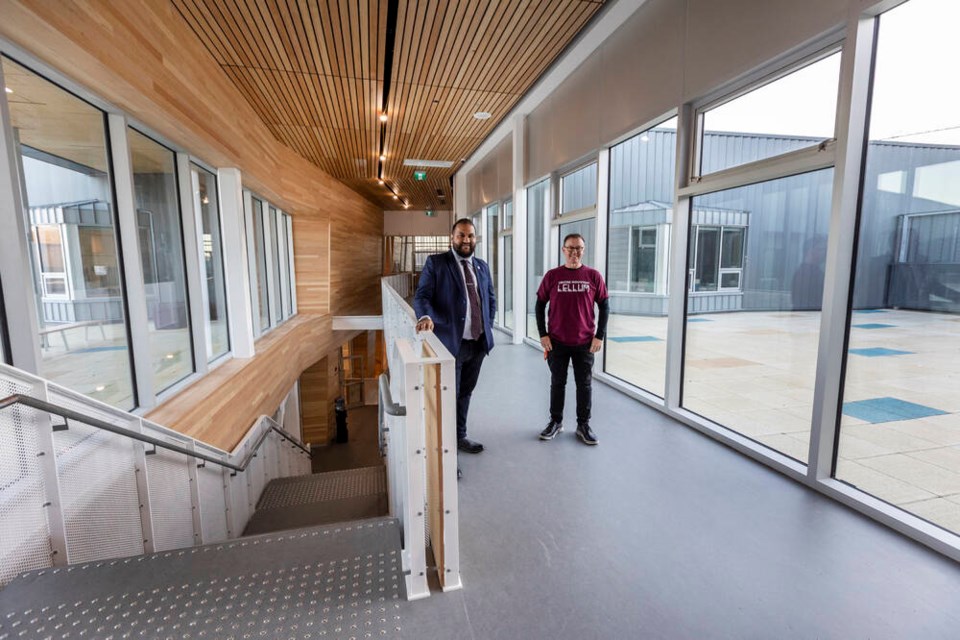 By Jeremy TubbsNovember 15, 2022News
No Comments

BC Supreme Court has heard one of two men charged with first-degree murder called someone from a landline at the victim’s home in Metchosin after escaping from a prison near the Vancouver Island community. The Crown’s first witness testified she met Zachary Armitage while he was incarcerated at another facility in the Fraser Valley around 2014 and that they fell in love. She has told court that Armitage called her on the morning of July 8th, 2019, the day after the Crown says 60-year-old Martin Payne was killed. Armitage and his co-accused James Lee Busch, have pleaded not guilty to first-degree murder, but a Crown prosecutor maintains they killed Payne to further their escape and that their D-N-A profiles were found in his home.

The new mayor of Merritt is expressing frustration about the lack of federal funding for future flooding — a year after floods devastated his community, including his own home. Mike Goetz says Ottawa has not provided the city with any money for such a calamity in the future and that a program to help municipalities like his has been quietly shuttered. Goetz says Merritt needs about 165-million dollars to update the dyking systems to ensure the next atmospheric river won’t again devastate the town. He says meetings have been planned for later this week with federal Public Safety Minister Bill Blair and that his priority is finding out when money will be available.

The BC government wants input from gig workers as it reviews employment standards for people working through app-based platforms offering services like riding hailing and food delivery. The Labour Ministry says workers can provide feedback at three sessions on Vancouver Island this week — tomorrow in Victoria and Thursday in Nanaimo and Parksville. It says app-based drivers are paid only for “active time” and may earn less than minimum wage for a shift as part of work that’s outside of a long-term relationship with a particular employer. The sessions have been held elsewhere in the province and are part of a precarious-work strategy for the so-called new economy that Statistics Canada estimated earlier this year involves about one in 10 Canadians in the workforce.

The office of BC’s human rights commissioner has announced a public workshop to educate both employees and employers about legal rights and obligations in the workplace. The free 90-minute online session is set for tomorrow afternoon to provide information on what types of discrimination can form the basis of a human rights complaint. Discrimination based on race, ancestry, Indigenous identity, sex, disability and age will be discussed. A maximum of 50 participants can be hosted for the online sessions.

The first day of the school year came finally came yesterday for 518 students at a school in Langford. Labour and supply shortages that meant a lack of windows and fire-suppression equipment were finally sorted out so construction of Centre Mountain Lellum Middle School could be finished, a months behind schedule. But the school that has capacity for 700 students will still be welcoming more students after other schools have been accommodating those who were waiting for their new school to open. Principal Darren Russell says watching the students come into the building was overwhelming — but “in a good way,” and parents will be able to take a look at the place themselves at an open house set for November 24th.