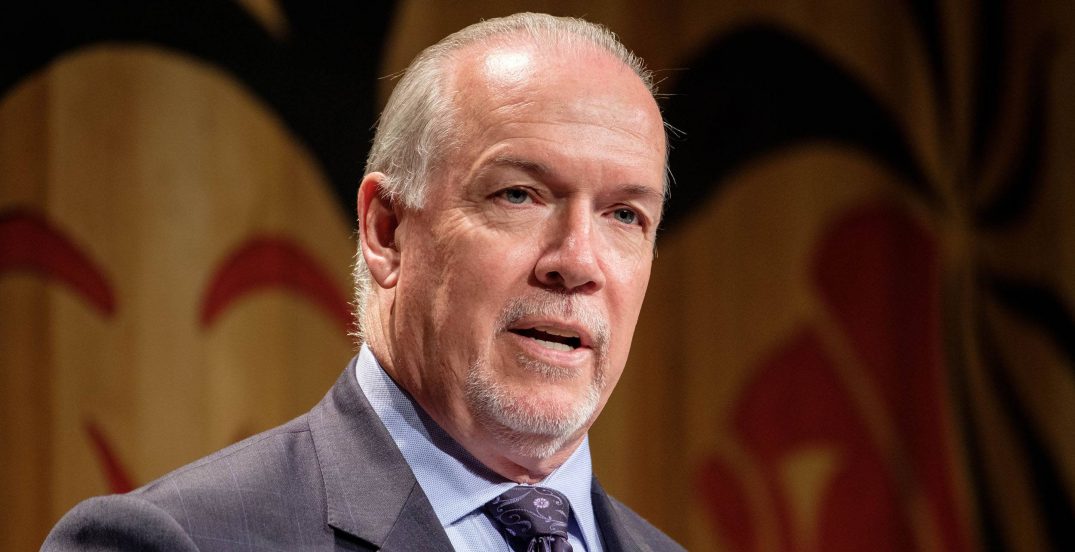 By Jeremy TubbsNovember 1, 2022News
No Comments

The union representing BC’s 49-thousand public school teachers says a tentative contract agreement with the province will move them from among the lowest paid in the country into the top tier. BC Teachers’ Federation president Clint Johnston says annual pay for teachers at the top salary grid will be up to 13-thousand-500 dollars more a year at the end of the three-year deal than it is now, and will surpass 100-thousand dollars a year for experienced teachers. The agreement also includes increased health and maternity benefits, however the union says both sides remained far apart on workload changes. The union says it’s recommending ratification and locals will vote on the deal from November 16th to 18th

Premier John Horgan says a new funding model for family doctors that will boost their pay by about 135-thousand dollars a year will help address the staffing crisis in the health-care system. A tentative three-year Physician Master Agreement reached with Doctors of B-C last week will see a full-time family doctor earn about 385-thousand dollars a year — up from 250-thousand. Family doctors are currently paid through a fee-for-service model but the new plan will also pay them for hours worked, administrative costs and the number and complexity of patients. The plan will cost the province 708-million dollars over three= years and is to be accompanied by a new “roster” system that will link those looking for a family doctor with practices in their community.

A member of a group opposed to Surrey’s plan to ditch the R-C-M-P for a police service has told Surrey Mayor Doug McCallum’s public mischief trial that she swore at him during a “heated debate” outside a grocery store in September last year. Debi Johnstone says she recognized McCallum just before she joined others collecting signatures for a petition aimed at seeking a referendum to keep the RCMP in Surrey. Johnstone says the pair traded unpleasantries as McCallum stood about a metre away from her car and she denied running over his foot before driving away as McCallum later claimed. Crown attorney Richard Fowler told the court the question is whether the outgoing mayor intended to mislead police by making false statements.

High drought levels remain in parts of BC, despite several days of heavy rain over the central and southern coasts. The province’s online drought map shows the Lower Mainland and west Vancouver Island have dropped down a notch to Level 4 from the most severe ranking of Level 5 earlier this month — joining the Nicola, Coldwater, Finlay and Parsnip basins. But the Sunshine Coast, eastern Vancouver Island, eastern Pacific Range, Kettle and entire northeast corner of B-C remain at Level 5, despite recent downpours that dumped between 50 and 70 millimetres of rain. Environment Canada says another powerful rainstorm could arrive by the end of the week.

RCMP say they’re investigating a hit-and-run crash in Kelowna that left a man riding an electric scooter with significant injuries. Police say a vehicle collided with the 59-year-old man while he was riding the scooter in the Black Mountain area on Saturday afternoon, and he remains in hospital. The Mounties say the suspect vehicle is believed to be smaller and possibly green in colour. They are asking anyone who witnessed the collision or may have dash cam video to contact them.

Victoria police say they have arrested a suspect in a series of armed robberies targeting potential buyers of used video game consoles. They say they arrested the suspect on Friday after a series of incidents involving a person who had been using the online site Used Victoria to offer used PlayStation5’s and other recently released video game consoles for sale at prices significantly below the going rate. They say that when buyers arrived at a meeting place to complete their purchase, they were instead robbed at gunpoint. Police say the man who was arrested is a suspect in four armed robberies, but he remains in custody and the investigation is ongoing.

The BC government is allowing bars and pubs to temporarily extend their hours during the FIFA World Cup so patrons can watch the Canadian men’s soccer team compete. The government says there will be no change to when liquor can be sold but bars, pubs, and restaurants can stay open and serve non-alcoholic beverages during the extended hours. The World Cup this year is in Qatar — a 10-hour time difference from B-C —  and runs from November 20th to December 18th. Similar expanded hours have previously been granted during the Vancouver 2010 Winter Olympics and the 2015 Rugby World Cup