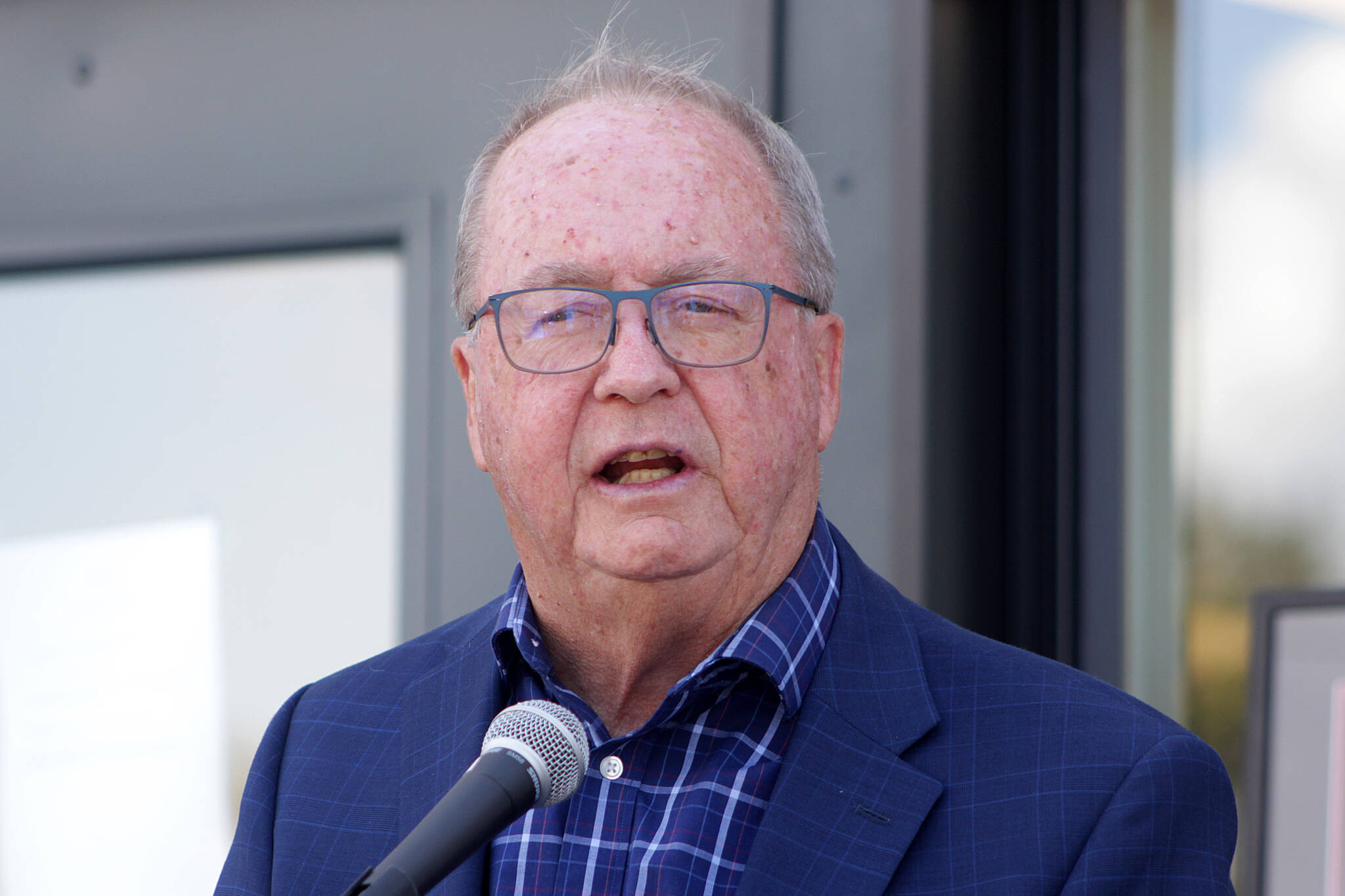 By Jeremy TubbsNovember 22, 2022News
No Comments

Prince Rupert RCMP say a 44-year-old man is believed to have shot and killed a 52-year-old woman at a local mall Monday morning before attempting to take his own life. The incident led to a lockdown in the area around Ocean Centre Mall after what police say was an isolated incident involving two people who knew each other. Police say in a statement that the woman was pronounced dead at the scene and the man is in hospital in critical condition. Investigators are asking the public for surveillance, dashcam or other video recordings from around the mall between 6 and 9 a.m.

Seven commercial poultry farms in BC’s Fraser Valley have been quarantined because they’ve tested positive for a highly infectious avian flu. The province’s Ministry of Agriculture says the farms tested positive between November 16th and November 19th. Six are in Abbotsford and one is in Chilliwack, in the Fraser Valley — the same area where more than 17 million birds were culled in 2004 when avian flu swept through numerous farms. The ministry says producers within a 10-kilometre radius have been notified and all infected farms have been placed under quarantine by the Canadian Food Inspection Agency.

Former Surrey mayor Doug McCallum says he’s thankful for his family’s support and his lawyers’ “tremendous efforts” after a provincial court judge found him not guilty of public mischief. McCallum was charged after telling police that a woman opposed to his plans to replace the Surrey RCMP with a municipal police force used her car to run over his foot in a grocery store parking lot last year. Police declined to charge Debi Johnstone after the Sept. 4, 2021, confrontation, and instead investigated McCallum for allegedly making a false claim. Current Surrey Mayor Brenda Locke said in a statement that the city will continue to explore its options over the payment of McCallum’s legal bills and that an update was expected in the next few weeks.

Representatives of local BC governments say they have unanswered questions after the province announced sweeping changes aimed at tackling the housing crisis. Two pieces of legislation tabled Monday aim to increase housing supply with measures that will end rental restrictions and force local governments to meet housing growth targets. The Union of BC Municipalities says it wonders how housing targets will be defined and how targets relate to current official community plans, regional planning and growth management plans. Premier David Eby says BC is facing a “desperate” housing situation and more must be done to raise the number of rental properties and increase the number of homes built in communities.

Most British Columbians think the provincial government made the right call in not backing a proposed bid to host the Winter Olympics again, according to a new Research Co. poll. Fifty-seven per cent of respondents said they “strongly agree” or “moderately agree” with the government’s decision to not support the 2030 bid that was being explored by the Musqueam, Squamish, Tsleil-Waututh, and Lilwat First Nations. In previous surveys, support for exploring holding the 2030 Winter Olympics in Vancouver fluctuated from 60 per cent in January 2020 to 43 per cent in October 2021 and 54 per cent in June 2022. Vancouver hosted the Olympic Winter Games from February 12th to 28th in 2010.

An LNG company is warning that curious sea lions could slow down construction of a project southwest of Squamish, BC. To protect marine mammals from underwater construction noise, conditions for the Woodfibre LNG facility require work stop if marine mammals enter an underwater noise impact area _ which varies by construction activity. In a new proposal, the company wants to allow seals and sea lions to stray closer before triggering a shutdown, warning that if nothing changes their  “ubiquitous presence” would cause “regular and prolonged full project shutdowns.” Canadians have one month to weigh in on the proposal on the Impact Assessment Agency of Canada’s website.