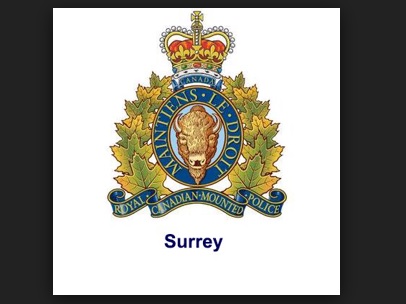 Surrey RCMP is advising the public of an update to the investigation of a stabbing which took place on February 15, 2019, at a banquet hall in the 8100 block of 128th Street.

The suspect in this investigation turned himself in to police yesterday (April 30 2019) afternoon. The investigation is on-going.

Surrey RCMP are requesting help from the public to identify the suspect in a stabbing which happened at a Surrey banquet hall last February.

Shortly after 10pm on February 15, 2019, Surrey RCMP responded to a banquet hall in the 8100 block of 128th Street after receiving reports of a stabbing. One man was transported to the hospital with non-life threatening injuries.

In an attempt to identify the suspect, a photo is being released to the public.

At the time of the stabbing, the banquet hall was hosting an event with approximately 500 people.

Investigators believe that there are people in the public who can assist the in their investigation.

Anyone who knows the identity of the suspect, or who has information about this incident is asked to call Surrey RCMP at 604-599-0502, or contact Crime Stoppers if you wish to remain anonymous at 1-800-222-8477 or www.solvecrime.ca.